Name: Elza No. of characters: 4 Gender: Girl Origin of Elza: Hebrew
How to pronounce Elza e-lza What does my name mean? Meaning of Elza: My God is Abundance, My God has Sworn, God is Fullness

Other names liked by name hunters that are similar to Elza: Demelzia has its origin in Cornish used for baby girls. Demelzia is variant of Demelza. Elnora's meaning is Light or Variant of Eleanor given to both genders. Its origin is in Old Provençal and Old Greek with same prefix El-. Eminent in United States. Girl name Kaliey which is anomalous name. Gender-neutral name Fizza. It means "Nature or A Narrator of Hadith had this Name" which is notably used in Gujarati, Arabic and Arabic while Unisex name Mariann, Mariann is a variation of Maryann which of Hebrew origin which is also the name of Soccer player Mariann. Prevailing name Mariann elevated to 954th position among baby girl names in 1932.

Expression number of Elza is 8.

Elza has the potential to attain power and authority in their life. Elza are skilled and efficient who enjoys rivalries and Elza does not back away from working hard to achieve what they have resolved in their mind 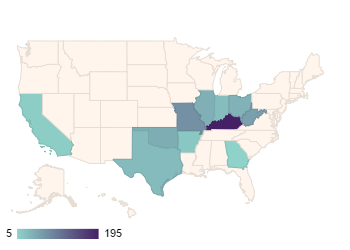