Other names similar to Eulalio, for would be parents: Boy name Daveed is unfamiliar. It is rooted from Hebrew while Inez means The Pure or The Chaste and a gender-neutral name. It is rooted from Old Greek. Loved Inez ranked at 152 position in 1885 among baby girl names. Eulogio means He who Speaks Well is a baby boy name. It is rooted from Old Greek starting with same Eul- Musical Artist Eulogio is a notable namesake. Rogelio is a form of Roger, of Latin and Germanic origin is a gender-neutral name. Girl name Olalia predominantly used in Norwegian and Finnish. Olalia is a form of Ola. Widespread in Finland and Norway.

Expression number of Eulalio is 3.

Eulalio are lively, imaginative, enthusiastic and optimistic. Eulalio are expressive and inspire others wherever they go. Eulalio possess great verbal skills which make them good comedian, artist or writer.

The classic boy name first appeared in 1913 when 8 babies had Eulalio as their first name, the baby name went as low as 5 in 1916. At peak in 1929, Eulalio was given to 36 boys after continuous rising. Eulalio had a 104 years long run and 3 instances of disappearance. 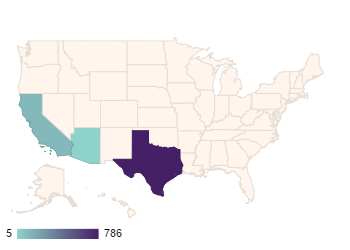