Name: Fahim No. of characters: 5 Gender: Boy Origin of Fahim: Arabic
How to pronounce Fahim fa-him What does my name mean? Meaning of Fahim: Wise, Learned, Prudent, Sagacious, From Kikuyu, Intelligent, Scholar, Discerning

Fahim was ranked 924 in 2015 list of US boys name and dropped by 0.33% from its previous ranking of 921 in 2014. Name of Arab origin. Means "intelligent, lively and end". A little milk soup, very emotional,Fahimreact like clockwork. Fahim lack a little confidence in them, making the sometimes aggressive and unstable. Their dreams are often a place of refuge from reality. Clever, clever,Fahimlike to have the last word. Fahim are perceptive and do not give up easily. Their emotional life is serrated.

Expression number of Fahim is 1.

Fahim loves adventure and independence and possess determination and originality. Fahim generally leads and direct others and likes to establishes their individual identity.

The boy name remained continuously rare and the baby name went as low as 5 in 1986 after first appearing in 1982 when 9 babies had Fahim as their first name. At peak, Fahim was given to 25 boys in 1997 after continuous rising. After it's 35 years long run and 3 instances of disappearance, Fahim is currently rising in the chart.

How to choose a name for your baby
Other variants of Fahim :Fehim 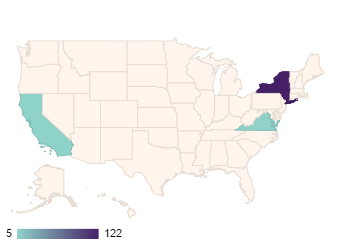