Name: Giana No. of characters: 5 Gender: Girl Origin of Giana: Hebrew
How to pronounce Giana gia-na What does my name mean? Meaning of Giana: Yahweh is Gracious

Other names liked by name hunters that are similar to Giana: Unisex name Odel which is rarefied. It is rooted from Old English language which happens to be the name of Musical Artist Odel. Idona has its origin in Germanic used for both boys and girls meaning "A Hardworking Man" with similar -na suffix. Gila came from Hebrew, Gila is resulted from Geela used as a girl name. Hebrew name Migdaliah used for baby girls. Migdaliah is version of Migdalia while Meaning of Aries is Ram used for both boys and girls has its roots in Latin. The name is fairly Popular in United States. Among boy names, pleasing Aries managed to reach 947 in year 2018.

Expression number of Giana is 5.

Giana love adventure, excitement and freedom. Giana are clever, quick-witted and unusually adaptable. Giana are capable of doing anything they wish for.

The girl name first appeared in 1963 when 7 babies had Giana as their first name, the baby name went as low as 5 in 1966. At peak in 2010, Giana was given to 513 (0.027%) girls after continuous rising specifically in New York where 72 babies were named Giana. Giana had a 54 years long run and an instance of disappearance. 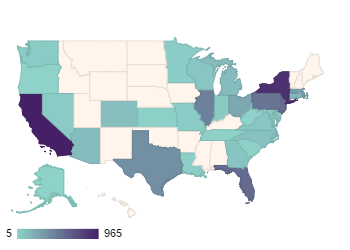