Baby name Harry is originated as the Medieval English form of name Henry meaning "estate ruler, ruler of the home". Alternatively it may be derived as a diminutive form of Henry, Harold or Harrison. Harry Potter is the name of the title character in J. K. Rowling's Harry Potter series of books. A famous bearer of the name is Harry S. Truman who was an American president. Another notable bearer of the name is Prince Harry (born 1984) who is Duke of Sussex and second son of the Prince of Wales and grandson of Queen Elizabeth II. The name is also used in number of movie titles like 'The Trouble with Harry to Dirty Harry' and 'When Harry Met Sally'.

Harry is a very very popular first name for a boy in England & Wales which is popular since 1996 and ranked 3 in 2014. Around 105470 people wear Harry as their first name. Harry is a very consistent name over the past 18 years.

Expression number of Harry is 7.

Harry likes to research and reason to know the answers of hidden questions as Harry are gifted with an analytical mind. Harry are always on the quest for knowledge and wisdom and loves being alone.

Names that rhyme with Harry Arry, Asberry, Barry, Berry, Carry, Charry, Cherry, Corry, Curry, Darry, Derry, Dorry, Ferry, Garry, Gerry, Greenberry, Guerry, Henrry, HerryFamous people named Harry
Tanya Charry in La tijera as
Sharry Flaherty in Afflict as Producer
Harry Eastwood in Episode #1.6 as
Charry in Rocco's Asian Attack as Actress
Sharry Konopski in Playboy Video Playmate Calendar 1989 as
Carmel McSharry in Little Lord Fauntleroy as Actress
Angela Harry in Star Wars: Jedi Knight - Dark Forces II as Actress
Harry Amelia Martin in Six Hot Chicks in a Warehouse as Actress
Jackée Harry in Another World as Actress
Deborah Harry in Scarface as Soundtrack
Harry Warner, born in Toronto on January 3, 1860, was a tightrope walker who at 21 years of age crossed Niaca Falls on a tightrope.
Actor Harry Belafonte, renowned for movie Bobby
Names like Harry Harry Namesakes Related Names: Hara, Harac, Harace, Haraford, Harailt, Haralabos, Haralambos, Harald, Haraldus, Haram, Haran, Harbert, Harbin, Harbor, Harbour, Harce, Harcourt, Hardee, Hardeep, Harden Posts having Harry:
Unusual Celebrity Baby Names
Cosmos inspired Celestial Names
10 Names with a Presidential Flair
10 Names Perfect for your May Arrival!
Names Inspired by the Greek Classics
Comments :Harry is a male name, medieval form of the name Henry . In modern times it is used as a diminutive of Henry or Harold. It is an English masculine first name derived from the Middle English, Henry. In some cases, men speaking badagais above named Ari and converted to Christianity, changed their name in Harry. The name comes from the medieval English and is a diminutive of Henry or Heinrich . Today Harry is used also a short form of Harald. It is a form Vernacular English medieval of Henry ( Henry ), which it traced the actual pronunciation of Henry era. More recently, it is also used as a diminutive of several other names that start with Harper , whom Harold and Harrison. Female, Harriet, was introduced in the seventeenth century, reaching a remarkable expansion in the eighteenth and surpassing in use even the basic form Henrietta. In the Norwegian slang name "Harry" is a synonym for a very specific type of man; comparable to Manni Manta in colloquial German 1990s. A "Harry" is a more casual prole from disadvantaged backgrounds that stands out both by his conduct, and, by its very appearance of the mass. This designation is always a negative connotation. Its variants are Hypocorism : Hal and Women: Harriet, Harriett, Harriette, Harrietta. - Brunilda Brodbeck

Popularity of Harry Updated on: August 1st, 2019
How to choose a name for your baby
Other variants of Harry :Chariovalda Hariwald Heimirich Heinrich 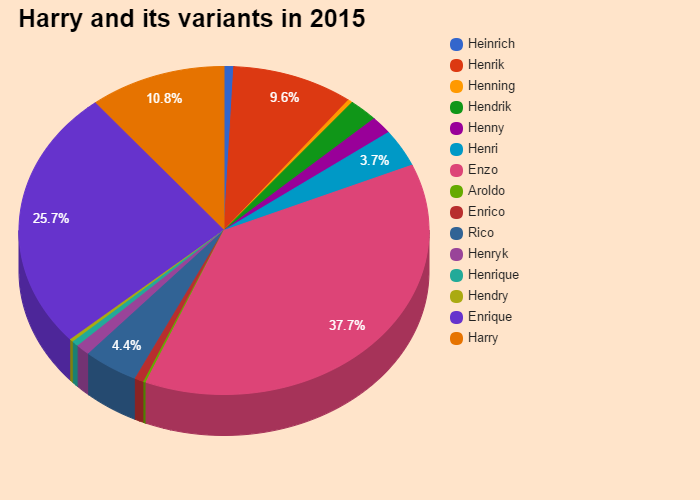 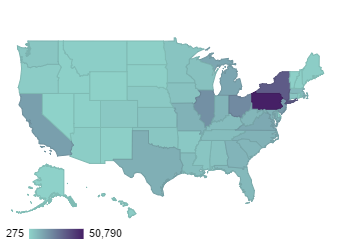