Name: Isaah No. of characters: 5 Gender: Boy Origin of Isaah: Unknown
How to pronounce Isaah i-saah What does my name mean? Meaning of Isaah: Love, Jesus, A Prophet's Name, God's Promise, The Lord Helps Me or Salvation of God, God, Lord of the Universe, Laughter, The Lord Helps Me, Variant of Elizabeth, Pledged to God, A Lord, Strong-willed, God is Perfection, Or: God is My Oath, God Protects My House, The Word Isan Which is of the Meaning Iron

Isaah is very very rare boy name with few occurences i.e., 2007, 2009, during the decade which is not even used by anyone since 2009. Only 7 people have Isaah as their first name. Isaah is not a native England and Wales name and Isaah may be a short form of some other name or came from some other language .

Isaah is a rare first name for a boy in United States which is not even used by anyone since 2014. Only 408 people have Isaah as their first name. Isaah is not a native United States and Isaah may be came from another language or is a short form of some other name. 0.000114% of people in US have this given name.

Expression number of Isaah is 2.

Isaah are diplomatic, sensitive and kind. Isaah act as peacemaker and their intent is to make a balance among things. Isaah likes to make friends and follow their intuition.

The classic boy name first appeared in 1921 when 5 babies had Isaah as their first name, the baby name went as low as 5 in 2012. At peak, Isaah was given to 34 boys in 2001 after continuous rising but vanished from the chart after 3 instances of disappearances durning 22 years. 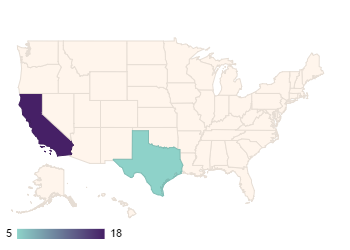