Name: Isabela No. of characters: 7 Gender: Girl Origin of Isabela: Hebrew
How to pronounce Isabela i-sa-be-la What does my name mean? Meaning of Isabela: Variant of Isabel, To Prick, Holly Grove, Shrub with Red Berries, Evergreen, God Is Perfection

Isabela is a rare first name for a girl in England & Wales which is a rare name since 1997 and ranked 1367 in 2014. Only 268 people have Isabela as their first name. Isabela is a very consistent name over the past 18 years.

Expression number of Isabela is 22.

Isabela are persistent and possess leadership abilities. Isabela dream big and so are their achievements in real world. Isabela can transform any idea into reality which make them a master builder equipped with ingenuity and innovation.

Names that rhyme with Isabela Abela, Anabela, Annabela, Arabela, Bela, Cabela, Issabela, Izabela, Izzabela, Maribela, Sabela, YsabelaFamous people named Isabela
Isabela Moner in Work with Me as Actress
Isabela Corona Refugio Corona Pé rez FrÃas, better known as Isabela Corona, was a Mexican actress named "Bette Davis of Mexico" for her comedic capacity comparable to that of the American actress.
Actor Isabela Garcia, well-known for TV series Tropical Paradise
Names like Isabela Isabela Namesakes Related Names: Isa, Isaabella, Isaac, Isaack, Isaacs, Isaah, Isaak, Isaam, Isaaq, Isaël, Isaïah, Isaïe, Isabé, Isabeau, Isabel, Isabelah, Isabele, Isabelette, Isabeli Comments : Isabela is a proper name of the person Italian women. It is a form of Elizabeth which has become self-name, which originated in Provence or Spain in the Middle Ages through form Elisabel. Although Isabella (or Isabel ), in the regions of Spanish and Portuguese, yet completely replace the name Elizabeth, in other cultures is used in parallel to it. The name came into use since 1600 also indicate a particular shade of yellow gray, but the Isabela who gave her the name has not been identified. Variants of the name are Isabel, Isabelle, Isabella, Isbel, Isebella, Izabela, Izabella. - Dennis Grider

The girl name first appeared in 1982 when 6 babies had Isabela as their first name, the baby name went as low as 6 in 1985. At peak, Isabela was given to 694 (0.037%) girls in 2004 specifically in California where 184 babies were named Isabela after continuous rising. After it's 35 long run and having an instance of disappearance, Isabela is on a fall in the chart.

How to choose a name for your baby
Other variants of Isabela :Zabel 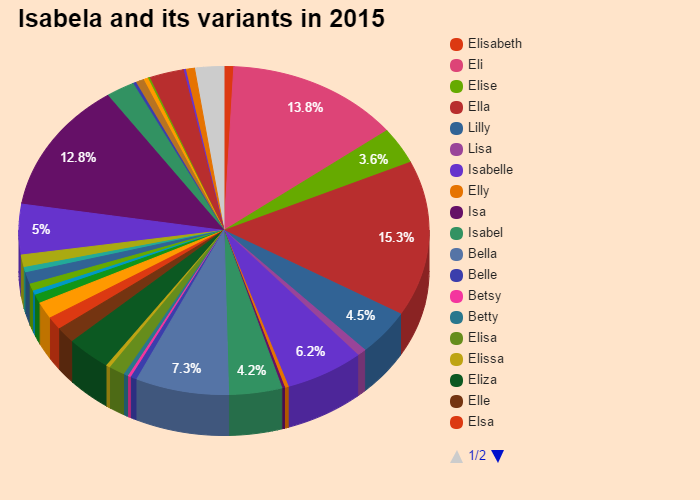 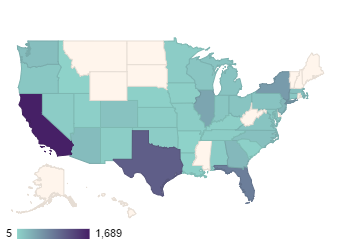