Name: Isidore No. of characters: 7 Gender: Boy Origin of Isidore: English French Georgian Jewish
How to pronounce Isidore i-si-do-re What does my name mean? Meaning of Isidore: Gift of Isis, Gift, Gift of the Goddess Isis

Baby name Isidore is originated from the Greek name Isidoros meaning "gift of Isis" which in tun is derived by combining the Egyptian goddess ISIS with Greek doron meaning "gift". An early bearer of the name was Saint Isidore of Seville who was a 6th-century archbishop, historian and theologian. A famous bearer of the name is Isidore of Alexandria who was an eastern-Mediterranean philosopher and one of the last of the Neoplatonists. Another notable bearer of the name is Isadore "Friz" Freleng (1906-1995) who was an American cartoonist and best known for his work at Warner Bros. Cartoons on the Merrie Melodies and Looney Tunes series of cartoons.

Isidore was ranked 920 in 2015 list of US boys name and dropped by 0.99% from its previous ranking of 911 in 2014. Comes from the Greek "Esi", name of a deity. and "doron" meaning "gift" If party April 4. Critical and independent minds,Isidorelike to cultivate originality. Isidore are adventurers who give in fantasy. Anti-conformist,Isidoredo not succumb to the modes. Passionate, it is enriched by their side. Their spirit of provocation rout sometimes, butIsidoreare very lovable beings.

Do you like Isidore? You would love these names: Boy name Sagramore, Sagramore is a form of Sagramour and came from English ending with same -ore. Old Greek name Isidora which means "Doron Which Means Gift, Gift of the Goddess Isis or Gift of Isis" used as a girl name. Common in Finland, Denmark and Norway. The gender-neutral name Killian meaning "War, Gaillard or Strife". Its origin is in Celtic and Old Irish which is also the name of Eme Ikwuakor's father Killian. Celebrated on from celtic "kellien" means: "gaillard, quarrelsome" fete on July 8. In 1995, frequently used name Killian bagged 956th position in baby boy names list. Baby girl name Ísidóra and is used in Icelandic and Swedish. Ísidóra is equivalent of Isidora in Icelandic language while Danah is originated from Old English that is atypical name bestowed upon both genders.

Expression number of Isidore is 7.

Isidore likes to research and reason to know the answers of hidden questions as Isidore are gifted with an analytical mind. Isidore are always on the quest for knowledge and wisdom and loves being alone.

The classic boy name first appeared in 1881 when 6 babies had Isidore as their first name, the baby name went as low as 5 in 1882. At peak in 1919, Isidore was given to 183 (0.009%) boys after continuous rising specifically in New York where 150 babies were named Isidore. Isidore had a 136 years long run and 13 instances of disappearance.

Updated on: October 5th, 2019
How to choose a name for your baby
Other variants of Isidore :Isidoros Isidor 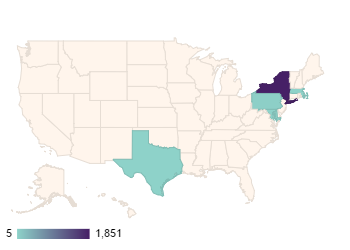