Name: Isla No. of characters: 4 Gender: Girl Origin of Isla: Scottish
How to pronounce Isla i-sla What does my name mean? Meaning of Isla: Island

One of the Scottish names that made their way to the Hollywood, thanks to the actress Isla Fisher, Isla remains as a top choice for parents, whether you’re Scottish or not, as it is short and sweet, and most importantly aligned with the nature, as its origin lies in the river of the same name. Isla is just the name you might consider for its elegance and femininity, as it’s rare that you’ll find a name this short with such an interesting origin, and while it is quite common in Scotland, the world embraces it too, and just as fast.

Isla is a very very popular first name for a girl in England & Wales which is popular since 2004 and ranked 3 in 2014. Around 23058 people wear Isla as their first name. Isla is a very consistent name over the past 18 years.

Expression number of Isla is 5.

Isla love adventure, excitement and freedom. Isla are clever, quick-witted and unusually adaptable. Isla are capable of doing anything they wish for.

The classic girl name first appeared in 1886 when 7 babies had Isla as their first name, the baby name went as low as 5 in 1889. At peak, Isla was given to 2863 (0.153%) girls in 2017 specifically in California where 303 babies were named Isla after continuous rising. After it's 131 years long runand 5 instances of disappearance, Isla is currently rising in the chart. 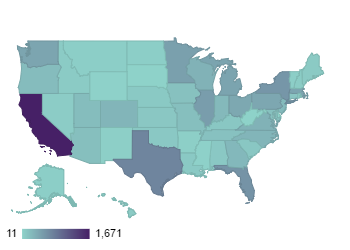