Name: Jacob No. of characters: 5 Gender: Origin of Jacob: Hebrew English Dutch Swedish Norwegian Danish Jewish
How to pronounce Jacob ja-cob What does my name mean? Meaning of Jacob: Supplanter, Held by the Heel, Heel Grabber, One who Supplants, Yahweh May Protect, Holder of the Heel, To Supplant

The name Jacob is a cognate of the name ‘James’. The name has a Late Latin origin and it came from the word ‘Lacobus’ which was derived from the Greek word ‘Lakobos’. The word initially originated from the Hebrew word (Ya’qob) which was the name of a Hebrew patriarch. It also said that the name is rooted from the Hebrew word ‘qb’ meaning’ to follow’. As mentioned in the Old Testament, twins were born to Isaac and Rebecca. One of their sons was holding the heel of his twin brother. Thus, the child was named Jacob meaning, ‘holder of heel’.

Jacob was ranked 4 in 2015 boys names list in US and remain unchanged from its previous ranking in 2014. Jacob was ranked 947 in 2015 list of US girls name and dropped by 0.21% from its previous ranking of 945 in 2014. Comes from the Hebrew "Aqab" Means "supplant" If party on 20 December.. Particularly effective in the business world,Jacobflourish on the ground in the concrete. More sellers than managers,Jacobare made for direct contact and quick decisions. Jacob are stubborn and tricky temperaments that make their own way, even ifJacobgive you the impression to follow you. Fighting men, volunteers,Jacobare also contestaires stimulate and failures.

Jacob is a very very popular first name for a boy in England & Wales which is popular since 1996 and ranked 4 in 2014. Around 64359 people wear Jacob as their first name. Jacob is a very consistent name over the past 18 years.

Expression number of Jacob is 4.

Organizing and managing qualities are possessed by Jacob. By systematic and methodical approach Jacob turns their dream into reality. Jacob are extremely sincere and honest.

Names that rhyme with Jacob Aaronjacob, Acob, Andrewjacob, Christianjacob, Cob, Dylanjacob, Ethanjacob, Jaccob, Jaecob, Jaicob, Jaycob, Jeycob, Jocob, Marcjacob, Ryanjacob, YacobFamous people named Jacob
Michelle Jacobson in What They Say as Actress
Jenny Jacobs in Caroline? as Actress
Katy Jacoby in Baby Daddy as Actress
Susan Jacobson in One Hundredth of a Second as Director
Judith Jacob in Episode #1.285 as Actress
Rinsa Jacob in Premam as Actress
Taylor Jacobson in Fashion Makes the Star Makes the Fashion as
Montana Jacobowitz in My Brother Arizona as Actress
Jacqueline Jacobson Scarfo in 12 Monkeys as Set Decorator
Lynne Jacobellis in Barefoot as Actress
Jacob Obrecht was a Dutch composer of the Dutch school of the Renaissance period, the most famous creator of European masses at the end of the century
Jacob Adams is famous for his acting in video The Birth of Serfs
Names like Jacob Jacob Namesakes Related Names: Jac, Jacab, Jacaden, Jacai, Jacaiden, Jacaleb, Jacalyn, Jacalynn, Jacameron, Jacan, Jacara, Jacaranda, Jacare, Jacaree, Jacarey, Jacari, Jacaria, Jacarie, Jacarion, Jacarious Posts having Jacob:
The A to Z of 2016s Top Boys Names
Timeless Baby Names
Finding the Perfect Name: Where Do You Start?
Keeping Up With the Trends: Recent Favorite Baby Names
The Dos and Don’ts of Naming Twins
Comments :Jakob is a male first name , consisting of the Hebrew nameיַעֲקֹב Yaakov comes. Besides Jacob the spelling comes Jakob ago. The name tradition has the biblical patriarch Jacob ( Gen 25.23 to 27 EU ). The Hebrew original formיַעֲקֹב Yaakov has widely believed its etymological roots in the Hebrew termעָקֵב Askew , " heel ". The name thus points to the word "heel support". The basis for this meaning the Old Testament narrative, according to which Jacob when he was born on the heel of his twin brother Esau (the firstborn) held ( Gen 25,26 EU ). According to another view of the personal name is Yaakov on a set name back, which read: "(God) protects / protect". The New Testament knows several people with the name of Jacob, including two apostles of Jesus ( Mt 10.2 to 3 EU ) and a full brother of Jesus ( Mt 13,55 EU ). The name will appear there in the Greek form Ιάκωβος James. The German form of the name was the Greek Ιάκωβος and Latin Iacobus formed and thus became Jacob . The over the Latin as James shape formed was only to the Middle Ages in the German-speaking area in use. In its various derivatives is Jacob a day of Jewish , Christian and Islamic first name. Female versions are u. A. Jacqueline , Jacoba and Jakobi . In addition, the name occurs as a surname. Christian Name Days are the third May and the 25th July ( St. Jacob ). - Lorena Yan 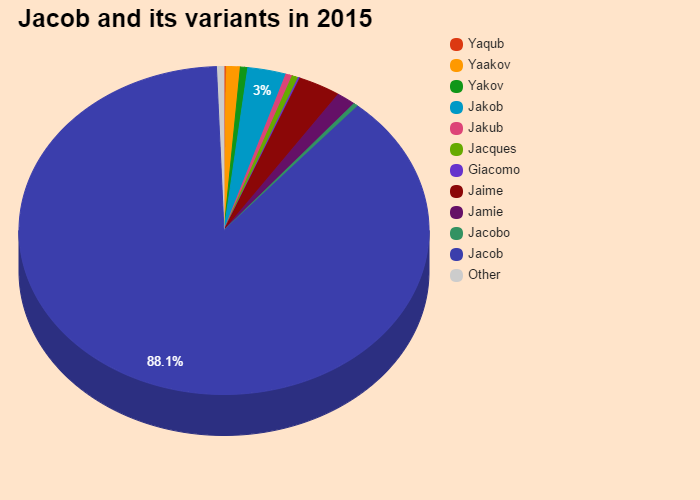 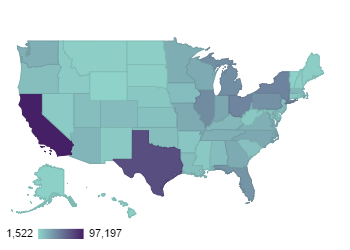