Name: James No. of characters: 5 Gender: Boy Origin of James: Hebrew
Religion: Hindu How to pronounce James ja-mes What does my name mean? Meaning of James: Variant of Jacomus, Supplanter, Jimmy, Variant of Jacob, Holds the Heel, He who Supplants, A Cheerful Boy, Yahweh May Prote

The name James is derived from 'Lacomus' which is a Latin form of the Hebrew name 'Jacob'. The name was mentioned in the New Testament as apostles. One was Saint James the Greater, the apostle John's brother who was beheaded under Herod Agrippa in the Book of Acts. James the lesser was the second one, who was the son of Alphaeus. The most notable bearer was the brother of Jesus Christ. The name has been used in England since the 13th century. The Scottish King James VI, the first ruler of all Britain was also responsible for the popularity of the name.

James was ranked 7 in 2015 US male names list and elevated by 22.22% from its previous ranking of 9 in 2014. James was ranked 931 in 2015 list of US girls name and dropped by 1.64% from its previous ranking of 916 in 2014. Anglo-Saxon form of Jacques. Comes from the Hebrew "ya'agob" Means: "he who supplants" If party on July 25 or May 3. Particularly effective in the business world,Jamesflourish on the ground in the concrete. More sellers than managers,Jamesare made for direct contact and quick decisions. James are stubborn and tricky temperaments that make their own way, even ifJamesgive you the impression to follow you. Fighting men, volunteers,Jamesare also contestaires stimulate and failures.

James is a very very popular first name for a boy in England & Wales which is popular since 1996 and ranked 9 in 2014. Around 118624 people wear James as their first name. James is a very consistent name over the past 18 years.

Expression number of James is 3.

James are lively, imaginative, enthusiastic and optimistic. James are expressive and inspire others wherever they go. James possess great verbal skills which make them good comedian, artist or writer.

Popularity of James
How to choose a name for your baby
Other variants of James :Yakub 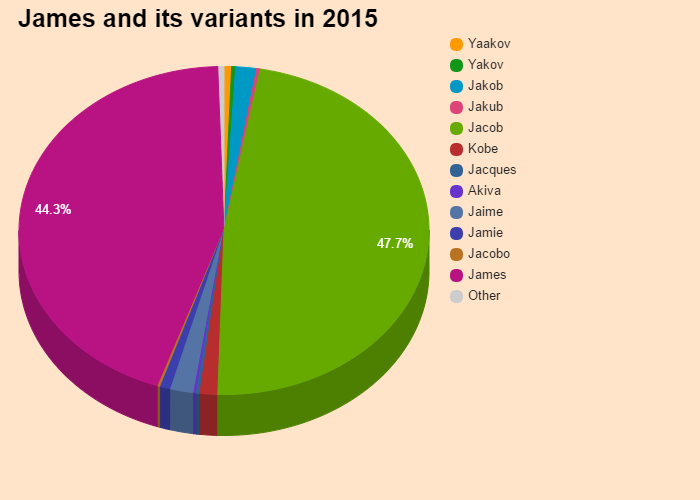 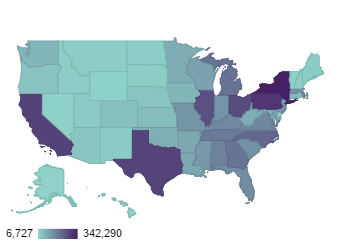