Name: Jonas No. of characters: 5 Gender: Boy Origin of Jonas: Hebrew Swedish Norwegian Danish German Dutch
How to pronounce Jonas jo-nas What does my name mean? Meaning of Jonas: Dove, He that Oppresses, Destroyer, Peaceful Being, A Gift from God, Similar to Hebrew Jonah, The Do

Jonas was ranked 407 in 2015 US male names list and elevated by 11.52% from its previous ranking of 460 in 2014. Jonas was ranked 938 in 2004 list of US girls name and dropped by 19.34% from its previous ranking of 786 in 1982. Comes from the Hebrew "Yonah" Means: "dove" If Day 21 September.. Anxiety temperament,Jonasfirst seek safety, both material and moral. Home-loving enough,Jonasdo not like the change. Unselfish, generous,Jonasare always looking to help. Quiet, persevering,Jonasare sincere and tolerant beings. Highly sensitive, fleeing conflict and hate to quarrel.

Jonas is a rare first name for a boy in England & Wales which is a rare name since 1996 and ranked 483 in 2014. Only 866 people have Jonas as their first name. Jonas is a very consistent name over the past 18 years.


Biblical character, Jonah is one of twelve "minor" prophets of the Old Testament, mentioned in the Book of Kings. Disobeying God's command, he fled by sea. But thrown into the water by sea to appease the wrath of God, it is swallowed by a whale washed up on the shore, three days more later. Having understood the message, he obeys and goes to convert the people of Nineveh.

Expression number of Jonas is 5.

Jonas love adventure, excitement and freedom. Jonas are clever, quick-witted and unusually adaptable. Jonas are capable of doing anything they wish for.

Names that rhyme with Jonas Anas, Annas, Arunas, Atenas, Barocunas, Benas, Dinas, Dodinas, Donnas, Edvinas, Enas, Finas, Inas, Ionas, Janas, Jhonas, Johnas, Ladinas, LinasFamous people named Jonas
Phoebe Jonas in The Nanny Diaries as Actress
Jennifer Jonas in Last Night as Producer
Denise Jonas in Jonas Brothers: The 3D Concert Experience as
Robin Jonas in Mr. Brooks as Producer
Joanne Jonas in Godspell: A Musical Based on the Gospel According to St. Matthew as Actress
Natasha Jonas in Attack the Block as Actress
Danielle Jonas in Dinner with the In-Laws as
Ella Jonas Farlinger in My Babysitter's a Vampire as Actress
Jonas Cornell in I Am Dina as Writer
Jonas Hoff Oftebro in Olsenbanden jr. og det sorte gullet as Actor
Jonas Mekas is a Lithuanian filmmaker, emigrated in 1949. He is one of the greatest exponents of American experimental cinema.
Jonas Abry acted in movie Running on Empty
Names like Jonas Jonas Namesakes Related Names: Jon, Jona, Jonadab, Jonae, Jonael, Jonah, Jonahan, Jonahs, Jonahtan, Jonai, Jonalee, Jonalyn, Jonalynn, Jonam, Jonan, Jonanthan, Jonanthony, Jonasia, Jonatan Comments :Jonas is a male first name and last name. The Hebrew version of the name means dove and originates from the Greek word for οιωνός characters . In ancient Greece it was believed that birds were sent as a sign of the gods to men. It is therefore assumed that the name of Jonas is a peaceful nature. The first name Jonas was awarded very rarely in Germany before 1970. Since 1970, the name will be increasingly used and heard since the 1980s to the most common male name in the German language. Versions of the name are Jonasen, Jon, Joenes, Jona, Joanen, Joan, Jonno. - Dionna Brazell 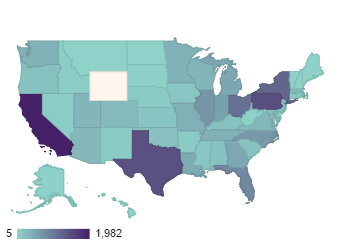