Name: Josephine No. of characters: 9 Gender: Girl Origin of Josephine: English German Dutch
How to pronounce Josephine jo-se-phi-ne What does my name mean? Meaning of Josephine: God will Add, God will Increase, God will Multiply, The Lord Increases, older variant of Josefine and Josefina (meaning: God would multiply). Namesake: Josephine Baker, American dancer.

The French baby name Josephine is the feminine form of Joseph. It was originally derived from the Hebrew name 'Yosef' meaning 'Yahweh shall grow', 'God will add' or 'God will increase'. The name had biblical mentions as 'Joseph' who was the elder son of Jacob and Rachael. Josephine is a diminutive form of the French name Josephe, but it started getting its recognition in the 19th century, replacing Josephe. The name gained all its popularity due to the high profile of a French noblewoman, Josephine de Beauharnais who was the wife of Napoleon and the Empress of French.

The name that is often neglected for its religious themes, Josephine still finds its fandom with the parents that are somewhat interested in cherishing the tradition. It’s hard to neglect the French origin when it comes to Josephine, but the striking sound of it will influence the way you see this name. The meaning is strictly Hebrew, even though the name itself originated in France. Anyway, we still get to see Josephine being one of the choices in the modern era, at least in in the Christian communities, given that a name with such historical value deserves to be cherished.

Josephine is a very consistent name over the past 18 years.

Expression number of Josephine is 11.

Josephine have high energy levels, just like a child. Josephine are highly sensitive and possess a high sense of awareness. Josephine are gifted with a sixth-sense, in addition to discerning and inspiring qualities.

Popularity of Josephine Updated on: July 8th, 2019
How to choose a name for your baby
Other variants of Josephine :Josipa 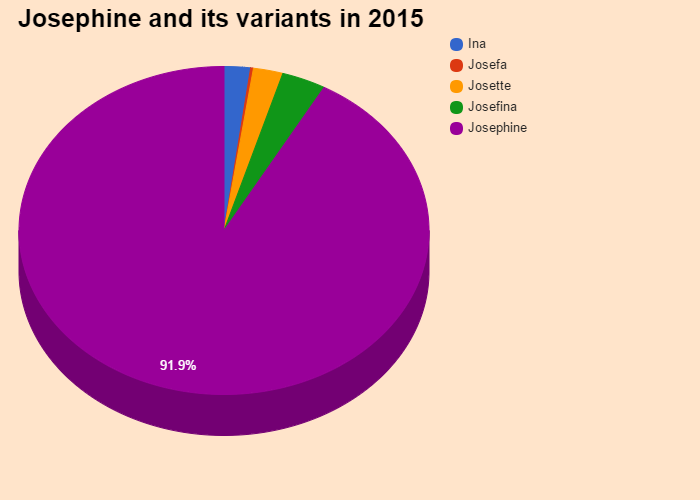 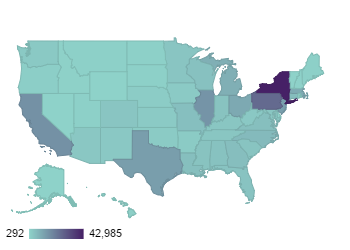