Juliane was ranked 950 in 2014 list of US girls name and dropped by 2.59% from its previous ranking of 926 in 2013. First name derived from Giulia. Comes from the Latin "Julius" Name of an illustrious Roman family. Celebrating 16 February.. Juliane are down to earth and strong opinions. It is useless to try to change his mind. Stubborn, sometimes sulky and moody,Julianeare also very generous and do not count their time to help. Their kindness and femininity have their charm. Juliane love to fight and win. Workers, smart, lucky,Julianehave all the assets to succeed in life.

Juliane is an extremely rare girl name used only once in 2011 over a span of a decade which is not even used by anyone since 2011. Only 3 people have Juliane as their first name. Juliane is not a native England and Whales name and Juliane may be a short form of some other name or came from some other language .

Juliane is a rare first name for a girl in United States which is not even used by anyone since 2014. Only 2141 people have Juliane as their first name. Juliane is not a native United States and Juliane may be came from another language or is a short form of some other name. 0.000599% of people in US have this given name.

Expression number of Juliane is 9.

Juliane are idealistic who embrace the principles of compassion and forgiveness. Juliane are visionary who is wiling to make a better world and have the ability to influence masses. Juliane are also creative and imaginative that gives them an artistic talent.

How to choose a name for your baby
Other variants of Juliane :Iuliana 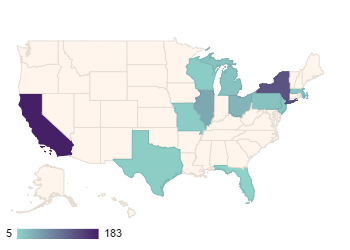