Name: Kadesha No. of characters: 7 Gender: Girl Origin of Kadesha: Unknown
How to pronounce Kadesha ka-des-ha, kad-e-sha , What does my name mean? Meaning of Kadesha: Brave, Alert, A Phonetic Form of the Initials Kc, Similar to the Irish Name Casey, Vigorous, Watchful

Kadesha is an extremely rare girl name used only once in 1999 over a span of a decade which is not even used by anyone since 1999. Only 4 people have Kadesha as their first name. Kadesha is not a native England and Whales name and Kadesha may be a short form of some other name or came from some other language .

Kadesha is a rare first name for a girl in United States which is not even used by anyone since 2001. Only 417 people have Kadesha as their first name. Kadesha is not a native United States and Kadesha may be came from another language or is a short form of some other name. 0.000117% of people in US have this given name.

Expression number of Kadesha is 22.

Kadesha are persistent and possess leadership abilities. Kadesha dream big and so are their achievements in real world. Kadesha can transform any idea into reality which make them a master builder equipped with ingenuity and innovation.

The girl name first appeared in 1975 when 6 babies had Kadesha as their first name, the baby name went as low as 5 in 1979. At peak, Kadesha was given to 108 (0.005%) girls in 1994 especially in Texas where 10 babies were named Kadesha after continuous rising but just came and gone from the chart after 3 instances of disappearances durning 21 years. 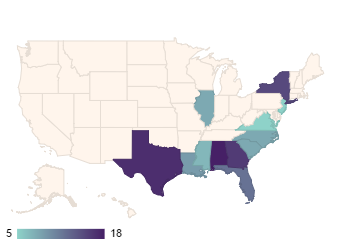