Name: Kamora No. of characters: 6 Gender: Girl Origin of Kamora: Unknown
How to pronounce Kamora ka-mo-ra What does my name mean? Meaning of Kamora: Most Beautiful, Lark, Singing Lark, Lively, Idea, Imagination, Fancy

Expression number of Kamora is 5.

Kamora love adventure, excitement and freedom. Kamora are clever, quick-witted and unusually adaptable. Kamora are capable of doing anything they wish for.

The girl name first appeared in 1979 when 5 babies had Kamora as their first name, the baby name went as low as 12 in 2000. At peak, Kamora was given to 288 (0.015%) girls in 2008 specifically in Florida where 27 babies were named Kamora after continuous rising. After it's 38 years long run and single instance of disappearance, Kamora is currently rising in the chart. 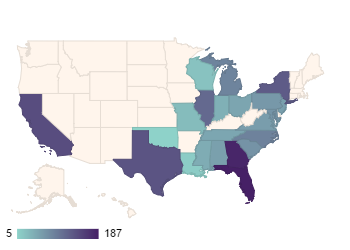