Name: Kanesha No. of characters: 7 Gender: Girl Origin of Kanesha: Unknown
How to pronounce Kanesha ka-ne-sha

Kanesha means Variant of Kanisha or Keneisha, Pure, Keeper of the Keys, Name of a Demi God, Plant, Youthful, Beautiful, An Atom, Powerful

Kanesha is a rare first name for a girl in United States which is not even used by anyone since 2012. Only 1752 people have Kanesha as their first name. Kanesha is not a native United States and Kanesha may be came from another language or is a short form of some other name. 0.000490% of people in US have this given name.

The girl name first appeared in 1972 when 6 babies had Kanesha as their first name, the baby name went as low as 5 in 1973. At peak, Kanesha was given to 198 (0.010%) girls in 1990 especially in Illinois where 19 babies were named Kanesha after continuous rising but just came and gone from the chart after single instance of disappearance during 39 years.

Expression number of Kanesha is 5. Kanesha love adventure, excitement and freedom. Kanesha are clever, quick-witted and unusually adaptable. Kanesha are capable of doing anything they wish for.

Names that rhyme with Kanesha

Kanesha Washington in Oh Snap! I'm Trapped in the House with a Crazy Lunatic Serial Killer! as Actress 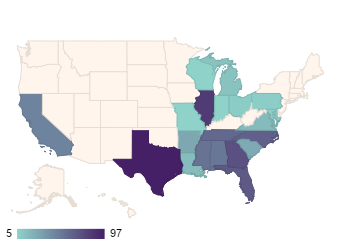