Name: Katalina No. of characters: 8 Gender: Girl Origin of Katalina: Old Greek
How to pronounce Katalina ka-ta-li-na What does my name mean? Meaning of Katalina: A Holy, Unheeded Prophetess, Contemporary Abbreviation of Kassandra, Pure, Maybe The Pu

Expression number of Katalina is 6.

Katalina have a great affection towards creativity, beauty and domestic activities of life. Katalina are trustworthy, honest and behave responsibly. Katalina have tendency to sacrifice their needs for others'.

The girl name first appeared in 1971 when 5 babies had Katalina as their first name, the baby name went as low as 5 in 1976. At peak, Katalina was given to 453 (0.024%) girls in 2017 specifically in Texas where 71 babies were named Katalina after continuous rising. After it's 46 years long run and 3 instances of disappearance, Katalina is currently rising in the chart. 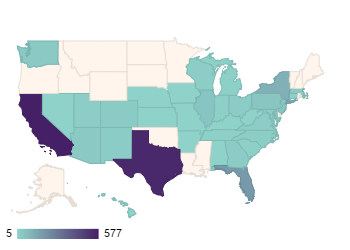