Name: Kathlyn No. of characters: 7 Gender: Girl Origin of Kathlyn: English
How to pronounce Kathlyn ka-thlyn What does my name mean? Meaning of Kathlyn: Pure, Clear, Virginal

Kathlyn is very very rare girl name with few occurences i.e., 1998, 2004, during the decade which is not even used by anyone since 2004. Only 8 people have Kathlyn as their first name. Kathlyn is not a native England and Whales name and Kathlyn may be a short form of some other name or came from some other language .

Expression number of Kathlyn is 1.

Kathlyn loves adventure and independence and possess determination and originality. Kathlyn generally leads and direct others and likes to establishes their individual identity.

The classic girl name first appeared in 1897 when 5 babies had Kathlyn as their first name, the baby name went as low as 5 in 1902. At peak, Kathlyn was given to 125 (0.007%) girls in 1951 specifically in California where 17 babies were named Kathlyn after continuous rising. After it's 120 long run and having 2 instances of disappearance, Kathlyn seems to be bidding a farewell. 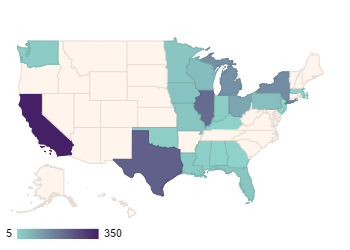