Lanai is very very rare girl name with few occurences i.e., 2011, 2013, during the decade which is not even used by anyone since 2013. Only 6 people have Lanai as their first name. Lanai is not a native England and Wales name and Lanai may be a short form of some other name or came from some other language .

Looking for a name like Lanai? Please go through the following names: Drawing attention ofContemporary parents, the Ajiah that originated from Sanskrit used as a girl name. Baby boy name Lago, Lago is Latin equivalent of Lage used mostly in Finnish and Danish with similar La- starting. Jannrik is variant form of Janrik used as a boy name and is especially used in Swedish. Sweden is among the countries where the name is quite a bit loved. Unisex name Kai that of Chinese and Germanic origin which means "Sea or Fight" Singer-songwriter Kai is a notable namesake. While Girl name Mignon. It is rooted from French meaning "Cute or Dainty". In baby girl names list, desirable Mignon managed to reach 796 in year 1892.

Expression number of Lanai is 1.

Lanai loves adventure and independence and possess determination and originality. Lanai generally leads and direct others and likes to establishes their individual identity.

The girl name remained continuously rare, the baby name went as low as 5 in 1968 after first appearing in 1960 when 5 babies had Lanai as their first name. At peak, Lanai was given to 26 girls in 2008 after continuous rising. After it's 57 long run and having 9 instances of disappearance, Lanai is on a fall in the chart. 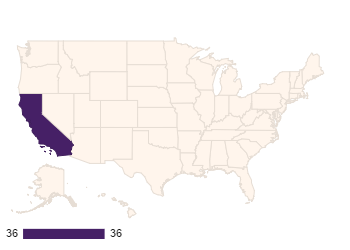