Name: Lee No. of characters: 3 Gender: Unisex Origin of Lee: Old English
Religion: Muslim How to pronounce Lee lee What does my name mean? Meaning of Lee: Glade, Poet, Plum, Meadow with Coarse Grass, Meadow of the Sheep, The King, Fair-haired Courageous One, Lion-bold, Lion-man, Pasture, Meadow, Clearing, Dweller Near the Wood or Clearing, Wood, Weary

Baby name Lee is originated from the surname that was derived from Old English leah meaning "wood, clearing, meadow". Alternatively, the name may be a modern form of the ancient Irish name O'Liathain. A famous bearer of the name is Robert E. Lee (1807-1870) who was the commander of the Confederate forces during the American Civil War. Another notable bearer of the name is Lee Ann Meriwether an American actress, former model and the winner of the 1955 Miss America pageant. Some of her famous roles were Betty Jones who was Buddy Ebsen's secretary and as daughter-in-law in the 1970s crime drama Barnaby Jones. Lee Chaolan is also a character name in the Tekken series.

Lee was ranked 588 in 2015 US male names list and elevated by 1.84% from its previous ranking of 599 in 2014. Lee was ranked 945 in 2015 list of US girls name and dropped by 1.07% from its previous ranking of 935 in 2014. Anglo-Saxon form of Leon. Comes from the Latin "leo", means "lion" in celebration on 10 November.. Orderly, logical, ratherLeeare conformists. Diplomats, patients,Leelike to explain and convince. Lee are good teachers. Calm, methodical, precise,Leeare provided with a strong personality. Talkative, nonchalant, sociable,Leeare connoisseurs who know how to enjoy life. Love of order,Leedo not like the unexpected. These are extraordinary storytellers who love to charm their audience.


Born in the late fourth century, deacon of Rome, he learned his election to the papacy in 440 during a trip to Gaul. Leo I was a great Pope and conducted himself as a true head of state, occurring in all regions of the world to establish the authority of the Church of Rome. He organized several councils and avoided by diplomacy, Attila invades Rome. He died in Rome on November 10 461.

Expression number of Lee is 4.

Organizing and managing qualities are possessed by Lee. By systematic and methodical approach Lee turns their dream into reality. Lee are extremely sincere and honest.

Names that rhyme with Lee Aaronlee, Adalee, Addalee, Addilee, Addlee, Adelee, Adilee, Adlee, Adylee, Ahnalee, Ahslee, Ailee, Ainslee, Ainzlee, Aislee, Aizlee, Alee, Allee, Amalee, AmandaleeFamous people named Lee
Wendy Lee Roberts in The Wolf of Wall Street as Miscellaneous Crew
Kathleen Brodbeck in Starship Troopers 2: Hero of the Federation as Costume and Wardrobe Department
Brenda Lee in All American Zombie Drugs as Actress
Lisa Leeman in One Lucky Elephant as Director
Apryl Lee in Plushy as Editor
Lee Zahavi Jessup in Episode #2.34 as
Lee Aaron is a hard rock and jazz vocalist. It reaped great successes like "Metal Queen" and "Whatcha Do to my Body"
Christa Leem in La oscura historia de la prima Montse as Actress
Jerri Lee in She Is Half My Age #3 as Actress
Monica Lee in Posey as Actress
Lee Boardman is an English actor and narrator best known for playing Murray Priestman in the Drop Dead Gorgeous series and Timon in the Rome series.
Lee Majors is known for his acting in movie Scrooged
Names like Lee Lee Namesakes Related Names: Leea, Leeah, Leeaira, Leeam, Leean, Leeana, Leeanah, Leeander, Leeandra, Leeandre, Leeandrea, Leeandrew, Leeani, Leeann, Leeanna, Leeannah, Leeanne, Leeanthony, Leeara Posts having Lee:
Cute Names for Little Sister
Superhero Baby Names for Girls
Great Authors, Great Names
Comments :Lee is a surname English and Chinese. It is very common among Chinese and Koreans, in whom it can also be transcribed Li. It is a proper name of person English male and female. Lee is the common spelling in English of a Korean family name very common. The correct pronunciation in South Korea is like the letter "E", while in North Korea the name is still written as "리" and pronounced "Lee". Often the South Koreans will consciously present themselves as "Lee" to foreigners, although this is not the correct pronunciation of his name. The more traditional spelling and therefore the name is pronounced North Korean "리" (Lee). 이 derived from the Chinese character Lee (李) (Korean character Hanja is written the same way) 李 is the second most common family name (after Kim ) in Korea, with 이 derived from異or伊being relatively rare. The name is sometimes transliterated as well as Yi or Ri (North Korea), the was formerly transliterated as Rhie or Rhee ( Syngman Rhee is an example) to the pronunciation of r and l in the Korean language are pronounced as an "r" in beginning of a word. The pronunciation李as 리 is still common in North Korea. People named Lee : Lee Anderson- American writer, Lee De Forest- an American inventor, Lee Donoghue- New Zealand actor protagonist of the tribe, Lee Jordan- a character in the Harry Potter saga, Lee Ryan- British singer. - Willis Dragon 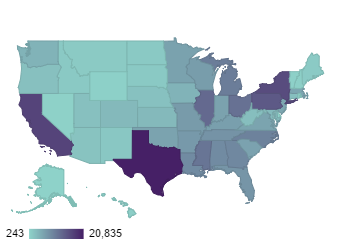