Name: Leeanne No. of characters: 7 Gender: Girl Origin of Leeanne: Unknown
How to pronounce Leeanne leea-nne What does my name mean? Meaning of Leeanne: Light, Derived from an Irish Gaelic of Helen, Beautiful Woman, Variant of Liana, Youthful, Bond

Expression number of Leeanne is 11.

Leeanne have high energy levels, just like a child. Leeanne are highly sensitive and possess a high sense of awareness. Leeanne are gifted with a sixth-sense, in addition to discerning and inspiring qualities.

The classic girl name first appeared in 1937 when 5 babies had Leeanne as their first name, the baby name went as low as 5 in 1939. At peak, Leeanne was given to 85 (0.005%) girls in 1970 after continuous rising. After it's 80 long run and having 2 instances of disappearance, Leeanne seems to be bidding a farewell. 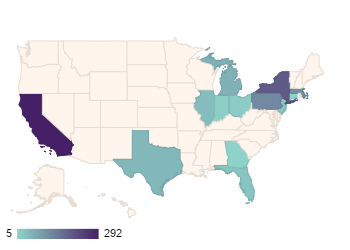