Baby name Leo is originated from Latin leo meaning "lion". The name was borne by several early saints and popes including Saint Leo the Great who asserted the dominance of the Roman bishops (the popes) over all others in the 5th century. Another famous bearer of the name is Leo Tolstoy (1828-1910) who was a Russian novelist and his works include 'War and Peace' and 'Anna Karenina'. Leo is also the name of one of the constellation and the fifth sign of the zodiac. Leo Valdez is also the name of a son of Hephaestus from Rick Riordan's The Heroes of Olympus fantasy novel series.

Leo is a very very popular first name for a boy in England & Wales which is popular since 2001 and ranked 16 in 2014. Around 27950 people wear Leo as their first name. Leo is a very consistent name over the past 18 years.

Expression number of Leo is 5.

Leo love adventure, excitement and freedom. Leo are clever, quick-witted and unusually adaptable. Leo are capable of doing anything they wish for.

Names that rhyme with Léo Amadéo, Cléo, Dorotéo, Eliséo, Léo, Mahéo, Mathéo, Matéo, Taddéo, Thaddéo, Théo, Timotéo, TéoFamous people named Léo
Léo Baptistão is a Brazilian soccer player. He plays for striker
Actor Léo Campion, famous for TV series La brigade des maléfices
Names like Léo Léo Namesakes Posts having Leo:
Nicknames that became popular
10 Names Inspired by Animals
Names for June Babies
Names with a Russian Twist
Great Authors, Great Names
Comments :Leo is a proper name Italian male. The name has come from the Latin name Imperial Leo, literally " lion ". It was very popular among the early Christians and was chosen by thirteen popes. The names Leone and Lev , the source respectively the Greek and Russian, are the related, thus having the same meaning, and it is not uncommon to be used interchangeably with each other (as in the case of the various popes with this name, or the famous writer Leo Tolstoy ); the name Leonio is instead a derivative thereof. Meaningfully, Leo can be compared, in addition to the aforementioned Leone and Lev, even to ' the Arab Osama and all' Jewish Ari. Versions in other languages ​​of the name are Czech : Leoš, Croatian : Leo, Danish : Leo, Finnish : Leo, French : Léo, English : Leo, Female: Leola, Latin : Leo, Norwegian : Leo, Russian : Лев ( Lev ), Dutch : Leo, Portuguese : Léo, Swedish : Leo, German : Leo, Hungarian : Leó. - Alexia Hurless

Popularity of Leo Updated on: December 4th, 2019
How to choose a name for your baby
Other variants of Leo :Leoš 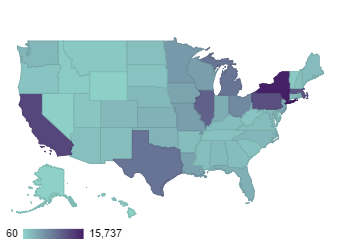