Name: Lily No. of characters: 4 Gender: Unisex Origin of Lily: English
How to pronounce Lily li-ly What does my name mean? Meaning of Lily: Lily, Form of Lillian, Manuscripts of God, Lily Flower, A Symbol of Purity, God is Fullness, My God is Perfect, The Lily Flower

Baby name Lily is taken from the name of trumpet-shaped flowers regarded as a symbol of purity and perfection. The word is ultimately derived from Latin lilium meaning "innocence, purity, a blossoming flower". The name is also used as a short form of both Lilian and Lilith. Many famous celebrities like Chris O'Donnell, Kate Beckinsale, Greg Kinnear, Fred Savage, and Johnny Depp had given this name to their daughters. This is also the name many fictional characters like Lily Bart, the main character of Edith Wharton's House of Mirth; Lily Owens in The Secret Life of Bees and both mother and daughter of Harry Potter. Few more current bearers include Lily Tomlin, singer Lily Allen, and actress Lily James.

The name that has been there for centuries, as one of the most used girl’s names in the world, but what is it that makes it so special nowadays? Well, for what it’s worth, naming your daughter after a flower is never a bad choice to begin with, but for Lily, the celebrities did the job, as Lily Depp is more than a famous young actress with even more popular father. Besides, other celebrities like Kate Beckinsale also named their daughter Lily, which automatically made a trendy name again. After all, Lily is quite a noble name in its core.

Other names liked by would be moms that are similar to Lily: Originated from Celtic, Maëly that means "Lord or Prince" celebrated on May 13th. Loma is resulted from Paloma has its origin in Latin and Spanish, a unisex name. In United States, the name is quite a bit common. In 1899, loved Loma was the 835th most popular name on baby girl names chart. Ejgild is used chiefly in Swedish and Danish, Ejgild is Danish cognate of Eigil given to boys. Lisbeth means My God is Abundance, My God has Sworn or My God is Perfect. Its origin is in Hebrew bestowed upon girls with same prefix Li- which happens to be the name of Author Lisbeth. While Unfamiliar name Claborn bestowed upon boys.

Expression number of Lily is 22.

Lily are persistent and possess leadership abilities. Lily dream big and so are their achievements in real world. Lily can transform any idea into reality which make them a master builder equipped with ingenuity and innovation.

Popularity of Lily Updated on: July 15th, 2019
How to choose a name for your baby
Other variants of Lily :Liliya 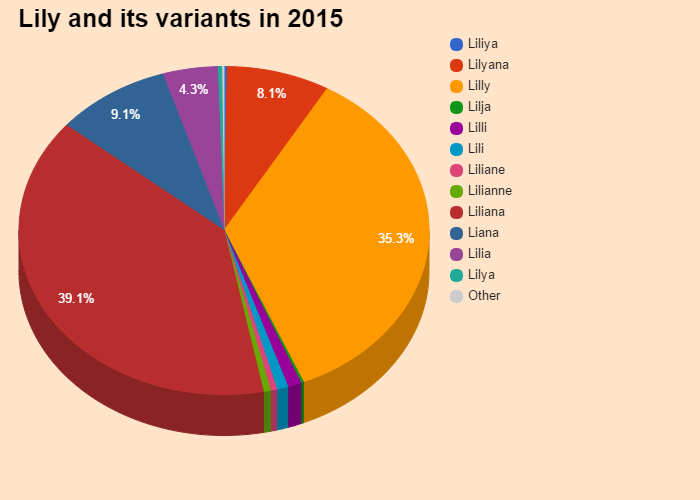 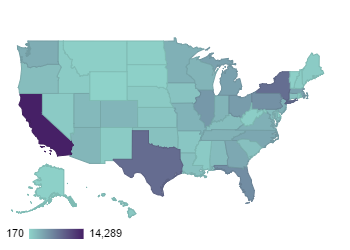