Name: Logan No. of characters: 5 Gender: Unisex Origin of Logan: Scottish English
How to pronounce Logan lo-gan What does my name mean? Meaning of Logan: Dweller in a Little Hollow, Small, Round Hill, Finnian's Servant, Log in Water to be Still and at Peace, Little Cave

Logan was ranked 14 in 2015 list of US boys name and dropped by 7.69% from its previous ranking of 13 in 2014. Logan was ranked 364 in 2015 girls names list in US and remain unchanged from its previous ranking in 2014. Name Irish. Means "little cave" indefinite Day.. Yet we know little about their character. However, give them the benefit of the doubt,Loganare good company, intelligent, hardworking, honest, full of charm, endearing etc. So many qualities make them regret ever wear this rare and original surname.


The Anglo-Saxon countries, more flexible and more open than the Latin countries with regard to names, make easy use of surnames to names of places or characters in novels to assign to their children. This is the case of Logan. Mount Logan is Canada's culminnant point 6050 meters.

Expression number of Logan is 22.

Logan are persistent and possess leadership abilities. Logan dream big and so are their achievements in real world. Logan can transform any idea into reality which make them a master builder equipped with ingenuity and innovation. 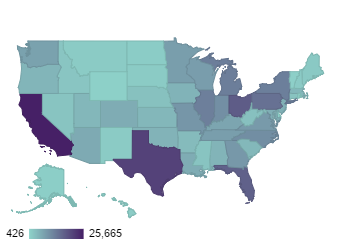