Name: Maisha No. of characters: 6 Gender: Girl Origin of Maisha: Unknown
How to pronounce Maisha mai-sha What does my name mean? Meaning of Maisha: Life

Maisha is a rare first name for a girl in England & Wales which is a rare name since 1997 and ranked 1299 in 2014. Only 749 people have Maisha as their first name. Maisha is a very consistent name over the past 18 years.

Expression number of Maisha is 6.

Maisha have a great affection towards creativity, beauty and domestic activities of life. Maisha are trustworthy, honest and behave responsibly. Maisha have tendency to sacrifice their needs for others'.

The girl name first appeared in 1968 when 8 babies had Maisha as their first name, the baby name went as low as 10 in 2013. At peak, Maisha was given to 114 (0.006%) girls in 1977 specifically in California where 35 babies were named Maisha after continuous rising. After it's 49 years long run, Maisha is currently rising in the chart. 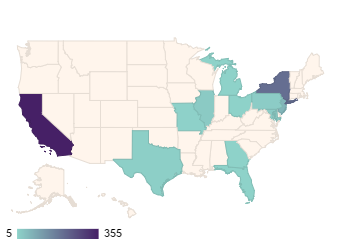