Name: Mar No. of characters: 3 Gender: Girl Origin of Mar: Spanish
How to pronounce Mar mar What does my name mean? Meaning of Mar: Bitterness, S

Baby name Mar is originated as a topographic name for someone who lived by the sea, from mar meaning "sea". Alternatively, the name is originated as a short form of the personal name Márkus or Márk. An early bearer of the name is Mar Abhai who was a saint of the Syriac Orthodox Church. A famous bearer of the name is Mar Amongo who was a Filipino comic 's artist and illustrator. This is also the stage name of Grétar Mar Sigurðsson who is an experimental multi-genre artist and musician from Reykjavík, Iceland. Some of his works include SoundEscapes (2013) and Mellows (2014). Mar-a-Lago is also resort name in Palm Beach, Florida, owned by Donald Trump.

Mar is an extremely rare girl name used only once in 2000 over a span of a decade which is not even used by anyone since 2000. Only 3 people have Mar as their first name. Mar is not a native England and Whales name and Mar may be a short form of some other name or came from some other language .

Expression number of Mar is 5.

Mar love adventure, excitement and freedom. Mar are clever, quick-witted and unusually adaptable. Mar are capable of doing anything they wish for. 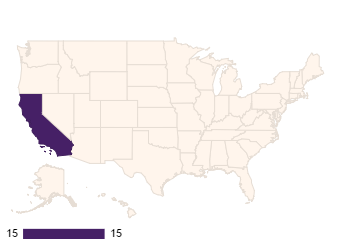