Name: Marah No. of characters: 5 Gender: Girl Origin of Marah: Unknown
How to pronounce Marah ma-rah What does my name mean? Meaning of Marah: Little Warrior, Hebrew origin, meaning: the bitter, eastern side form of Maria, Short form of Maralda (meaning composition of "horse" and "rule"), African name, meaning: time.

Expression number of Marah is 5.

Marah love adventure, excitement and freedom. Marah are clever, quick-witted and unusually adaptable. Marah are capable of doing anything they wish for.

The girl name first appeared in 1964 when 5 babies had Marah as their first name, the baby name went as low as 5 in 1969. At peak in 2004, Marah was given to 117 (0.006%) girls after continuous rising specifically in Ohio where 13 babies were named Marah. Marah had a 53 years long run and 2 instances of disappearance. 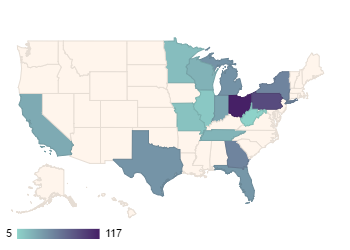