Name: Maryela No. of characters: 7 Gender: Girl Origin of Maryela: Unknown
How to pronounce Maryela ma-rye-la What does my name mean? Meaning of Maryela: Bitterness

Maryela is a rare first name for a girl in United States which is not even used by anyone since 2011. Only 99 people have Maryela as their first name. Maryela is not a native United States and Maryela may be came from another language or is a short form of some other name. 0.000028% of people in US have this given name.

Other names similar to Maryela: Of Hebrew and Old Greek origin, Penina given to girls that is unorthodox name. Originated from Celtic, Muryell given to baby boys. Muryell is a variant of Muriel. Adela means Softer, Honorable or Nobility and of Germanic and Old High German origin aimed at girls with similar -ela ending while Unisex name Robbin. Its origin is in Germanic and Old High German. It means "Bright Famous One, Form of Robin or Famous Brilliance". Norway and Sweden are among the countries where the name is quite a bit loved. In 1956, admired Robbin ranked 810 on baby boy names chart. Marriah is version of Moriah that came from Hebrew bestowed upon baby girls.

Expression number of Maryela is 3.

Maryela are lively, imaginative, enthusiastic and optimistic. Maryela are expressive and inspire others wherever they go. Maryela possess great verbal skills which make them good comedian, artist or writer.

The girl name remained continuously rare, the baby name went as low as 5 in 1992 after first appearing in 1987 when 6 babies had Maryela as their first name. At peak, Maryela was given to 11 girls in 1993 but just came and gone from the chart after 4 instances of disappearances durning 16 years. 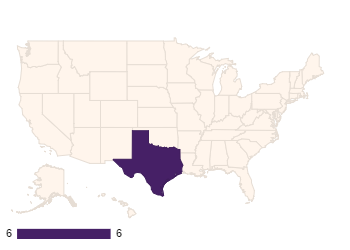