Name: Mia No. of characters: 3 Gender: Origin of Mia: Swedish Norwegian Danish Dutch German English
How to pronounce Mia mia What does my name mean? Meaning of Mia: Beauty, Mine, Bitterness, Who is Loved

The name that recently gained its popularity due to the British TV show Humans, Mia has been there for ages, given that this Scandinavian name is only a short version of Maria, which means that it is after all a name with a religious theme, even though it had been adapted to the worldwide use. Mia is also a name you will probably chose for a modern edge and the fact that it is as appealing as it is old. While some may avoid it for the origin, many parents decide to seriously consider it for the letter arrangement alone.

Mia was ranked 914 in 2015 list of US boys name and dropped by 0.11% from its previous ranking of 913 in 2014. Mia was ranked 6 in 2015 girls names list in US and remain unchanged from its previous ranking in 2014. First name derived from Aimee. Comes from the Latin "Amatus" means "who is loved" If Day on 20 February.. Mia have energy to spare. These are "tomboys." Their enthusiasm and cheerfulness are a pleasure to behold. Mia always surround many friends (es) becauseMiaabhor solitude. In professional life, these are swing that does not lack ambition. The housewife, it is not their "thing". In love, it "mind-blowing".

Mia is a very very popular first name for a girl in England & Wales which is popular since 1996 and ranked 13 in 2014. Around 44523 people wear Mia as their first name. Mia is a very consistent name over the past 18 years.

Expression number of Mia is 5.

Mia love adventure, excitement and freedom. Mia are clever, quick-witted and unusually adaptable. Mia are capable of doing anything they wish for. 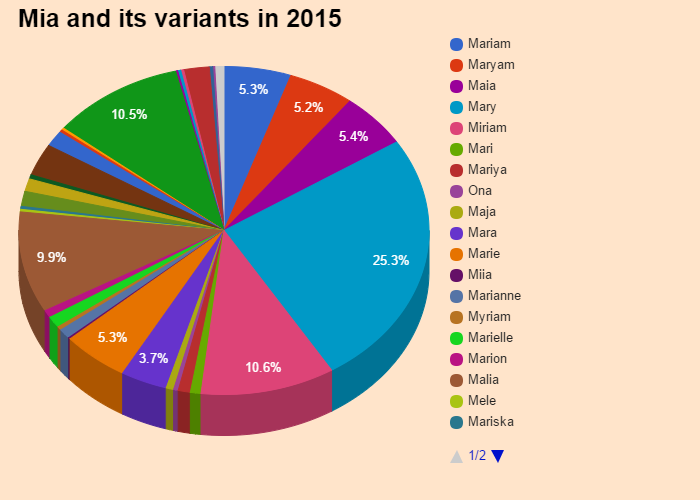 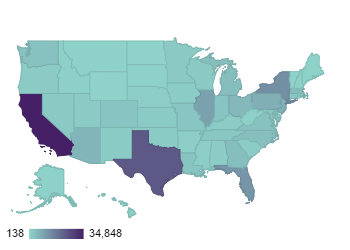