Name: Misao No. of characters: 5 Gender: Girl Origin of Misao: Unknown
How to pronounce Misao mi-sao What does my name mean? Meaning of Misao: Admirable, Wonderful, She who Must be Admired, Worthy of Admiration

Misao is a rare first name for a girl in United States which is not even used by anyone since 1932. Only 337 people have Misao as their first name. Misao is not a native United States and Misao may be came from another language or is a short form of some other name. 0.000094% of people in US have this given name.

Do you like Misao? Read these names too: Substantially used in Finnish and Swedish languages, Minéa used as a baby girl name. Minéa is form of Minea. The name is pretty Widely Accepted in sweden and finland. Hao's meaning is Perfect or Good that came from Chinese used as a gender insensitive name with similar -ao ending. Freistin is Scandinavian equivalent of Frøystæinn bestowed upon boys. Unfading gender insensitive name Roosevelt which came from Dutch. Its meaning is "Rose Field or Roose" which happens to be the name of Musical Artist Roosevelt. On the list of baby boy names, preeminent Roosevelt ranked 540 in year 1974 while UnconventionalRamsen and a baby boy name.

Expression number of Misao is 3.

Misao are lively, imaginative, enthusiastic and optimistic. Misao are expressive and inspire others wherever they go. Misao possess great verbal skills which make them good comedian, artist or writer.

The classic girl name remained continuously rare, the baby name went as low as 5 in 1909 after first appearing in 1905 when 6 babies had Misao as their first name. At peak, Misao was given to 29 girls in 1924 after continuous rising but vanished from the chart after 2 instances of disappearances durning 25 years. 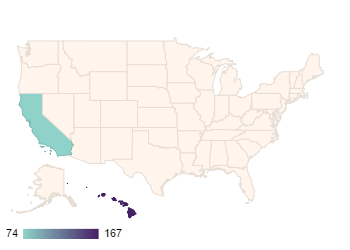