Nava is very very rare girl name with few occurences i.e., 2013, 2014, during the decade which is a rare name since 2013 and ranked 4684 in 2014. Only 9 people have Nava as their first name. Nava is not a native England and Whales name and Nava may be a short form of some other name or came from some other language .

Expression number of Nava is 11.

Nava have high energy levels, just like a child. Nava are highly sensitive and possess a high sense of awareness. Nava are gifted with a sixth-sense, in addition to discerning and inspiring qualities.

The classic girl name first appeared in 1923 when 6 babies had Nava as their first name, the baby name went as low as 5 in 1928. At peak, Nava was given to 70 (0.004%) girls in 2015 after continuous rising. After it's 94 years long runand 7 instances of disappearance, Nava is currently rising in the chart. 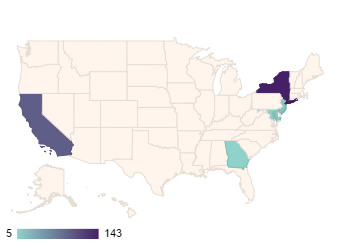