Name: Nerissa No. of characters: 7 Gender: Girl Origin of Nerissa: Literature
How to pronounce Nerissa ne-ri-ssa What does my name mean? Meaning of Nerissa: Daughter of the Sea, Sea Nymph, Expectant

Nerissa is a rare first name for a girl in England & Wales which is not even used by anyone since 2012. Only 98 people have Nerissa as their first name.

Other names similar to Nerissa: Girl name Ahlyssa, Ahlyssa is variation of Alyssa which is rooted from Hebrew and Hebrew languages. Annaliya is used notably in Tamil used for baby girls that is offbeat name while Gender-neutral name Melinda. It is rooted from Latin and Old Greek. Its meaning is "Sweet, Combination of Melanie or Linda or Honey" is also the name of Writer Mélinda. Brazil and Hungary are among the countries where the name is fairly renowned. In 1975, prevalent Melinda was the 91st most popular name in baby girl names list. Kristines origin is Latin. It means "Christian, Christ-bearer or Christian Woman" bestowed upon both boys and girls celebrated on July 24th. Nereo came from Old Greek and Italian, Nereo is version of Nereus bestowed upon baby boys starting with same Ner-.

Expression number of Nerissa is 4.

Organizing and managing qualities are possessed by Nerissa. By systematic and methodical approach Nerissa turns their dream into reality. Nerissa are extremely sincere and honest.

The classic girl name first appeared in 1915 when 6 babies had Nerissa as their first name, the baby name went as low as 5 in 1948. At peak, Nerissa was given to 73 (0.004%) girls in 1979 after continuous rising. After it's 102 years long runand 4 instances of disappearance, Nerissa is currently rising in the chart. 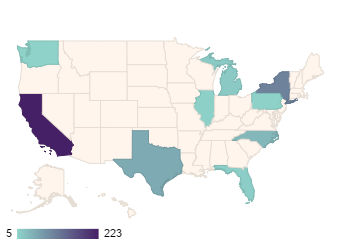