Baby name Oliver is of Old French and Medieval British origin which is derived from Olivier which is a Norman French form of a Germanic name such as Alfher meaning "elf army" or an Old Norse name such as Áleifr meaning "ancestor's descendant". The name starts gaining its popularity after it was used as a title character by Charles Dickens' in his novel 'Oliver Twist' (1838). A famous bearer of the name is Oliver Cromwell who was an English military and political leader and later Lord Protector of the Commonwealth of England, Scotland and Ireland. Another notable bearer of the name is Oliver Hardy (1892–1957) who was an American comic actor famous as one half of Laurel and Hardy.

Oliver was ranked 19 in 2015 US male names list and elevated by 40.63% from its previous ranking of 32 in 2014. Oliver was ranked 949 in 2015 list of US girls name and dropped by 0.42% from its previous ranking of 945 in 2014. Comes from the Latin "oliva" means "olive" If party July 12.. Under apparent calm,Oliverare worried. Oliver often take refuge in humor. In some circumstances, despite a lack of will,Olivershow obstinacy. These are sentimental rather shy, who express littleOliverfeel. Nonchalant, dreamers, never in a hurry,Oliverare no less effective. Oliver are often hungry. Their charm does not leave indifferent.

Oliver is a very very popular first name for a boy in England & Wales which is popular since 1996 and ranked 1 in 2014. Around 107921 people wear Oliver as their first name. Oliver is a very consistent name over the past 18 years.

Other names liked by would be moms that are similar to Oliver: Marivelle is originated from Latin and a baby girl name. Marivelle is form of Maravilla. Millennial mothers may find the Siosaia appealing aimed at boys. The boy name Randver, Randver is variant of Randvér which is rooted from Old Norse with same -ver suffix while Of Old French origin, Wallace given to both sexes. Its meaning is "Waleis, Welshman or Celtic" Soccer player Wallace is a notable namesake. In 1881, famous Wallace ranked 140 on baby boy chart. Enduring gender-neutral name Olivia which is rooted from Latin, English and Italian. It means "Olive Tree, Elf Army or The Olive". Ireland, Iceland and USA are among the countries where the name is quite a bit famed. It is celebrated on March 5th.

Expression number of Oliver is 9.

Oliver are idealistic who embrace the principles of compassion and forgiveness. Oliver are visionary who is wiling to make a better world and have the ability to influence masses. Oliver are also creative and imaginative that gives them an artistic talent.

Popularity of Oliver Updated on: December 4th, 2019
How to choose a name for your baby
Other variants of Oliver :Olivier 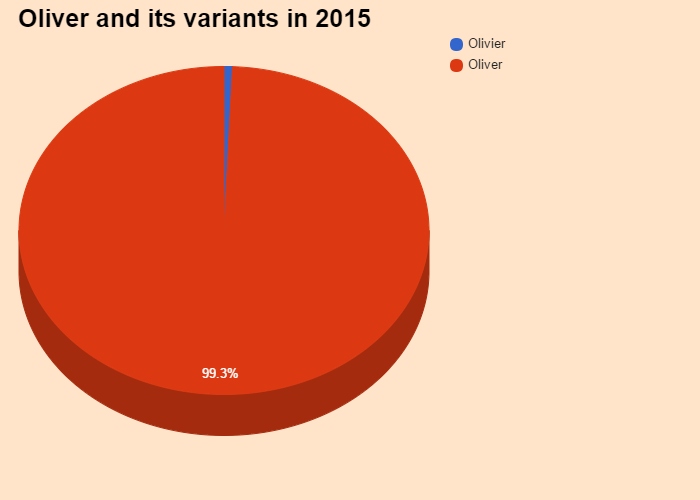 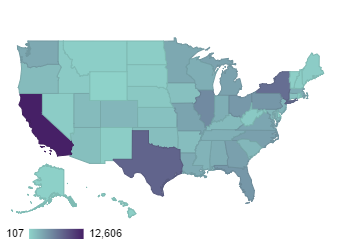