Name: Olivia No. of characters: 6 Gender: Unisex Origin of Olivia: Latin
Religion: Hindu How to pronounce Olivia o-li-via What does my name mean? Meaning of Olivia: Olive Tree, Elf Army, The Olive Tree, The Olive

Old yet classic Shakespearian name finds its admirers across the globe, while the modern parent s opt for Olive, some still prefer the longer version. The name itself derives from Latin, and even though it used to be common in Italy, now the odds are changed, and you’ll see this name in USA as well, partially because of Olivia Munn. If nothing, than we know that Olivia is destined to be used in the future as some names will always be selected for its historical heroines, even if it’s just a character comedy such as the one in “Twelfth Night”.

Olivia was ranked 923 in 2015 list of US boys name and dropped by 2.10% from its previous ranking of 904 in 2014. Olivia was ranked 2 in 2015 girls names list in US and remain unchanged from its previous ranking in 2014. Comes from the Latin "oliva" means "olive" If Day 5 March.. Under apparent calm,Oliviaare worried. Olivia often take refuge in humor. In some circumstances, despite a lack of will,Oliviashow obstinacy. These are sentimental rather timid, expressing howOliviafeel little. Nonchalant, dreamy, never pressed,Oliviaare no less effective. Olivia are often hungry. Their charm does not leave indifferent.

Expression number of Olivia is 5.

Olivia love adventure, excitement and freedom. Olivia are clever, quick-witted and unusually adaptable. Olivia are capable of doing anything they wish for.

Names that rhyme with Olivia Aalivia, Ahlivia, Alivia, Allivia, Anivia, Bolivia, Divia, Elivia, Ellivia, Ivia, Jalivia, Lataivia, Lativia, Latrivia, Livia, Nivia, Octivia, Ollivia, ShantiviaFamous people named Olivia
Olivia Grace in Bad Kids as Actress
Olivia Hill in Deadly Sanctuary as Actress
Olivia Rex in El gato con gatas II as Actress
Olivia Stem in The Blind Artist as Actress
Olivia Joof in Episode dated 5 February 2010 as
Olivia Martin in Alice in Wonderland as Actress
Olivia Dellums in Episode dated 21 November 2008 as
Olivia Sleiter in Vincere as Producer
Olivia Bremner in The ABCs of Death 2 as Actress
Olivia Haycock in A Secret to the Heart Nearest as Actress
Olivia Alaina May is an American actress, singer and songwriter.
Actor Olivia de Havilland, known for movie The Adventures of Robin Hood
Names like Olivia Olivia Namesakes Related Names: Oli, Olia, Oliana, Olianna, Olibia, Olice, Olicia, Olida, Olie, Olif, Oligana, Olijah, Olimpia, Olimpias, Olin, Olina, Olinda, Olindo, Oline, Olinka Posts having Olivia:
Ultra-feminine Girl Names
Cute Girl Names meaning Peace
Twin Baby Names Compilation
Cute Names for Little Sister
The A to Z of 2016s Top Girls Names
Comments :Olivia is a name feminine of Latin origin meaning that protects peace. Of Latin origin, the name is a variant of olive, meaning "fruit of the olive tree " which in Castilian is called " olive " and once macerated, " olive ". The olive tree is a typically Mediterranean, depicted in the biblical texts as a symbol of the peace of God, typically in the form of a dove (symbol of the Holy Spirit ) carrying an olive branch in its beak. In this way it has been depicted in many works of art, such as in the painting of Picasso titled "dove". In Greece classic olive tree was the symbol of glory and wisdom. Olivia name, primarily celebrated on 5 March with Holy Olive. In early 2010, over 29 000 people were prenamed Olivia in France. This is the 2248 th most awarded name in the last century in this country, and the year he was awarded the most is 2009, with a number of 945 births. Variants of the name Male: Olivo, Oliver, Oliver and Female: Oliva, Olivera. - Frances Faux

Popularity of Olivia
How to choose a name for your baby
Other variants of Olivia :Olivie 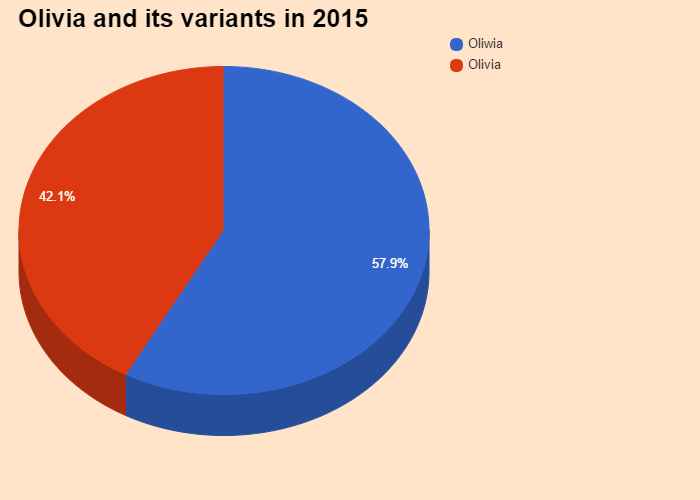 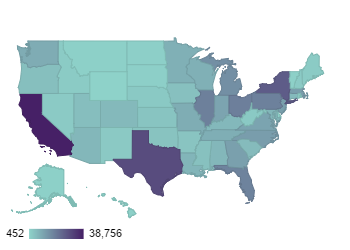