Name: Paige No. of characters: 5 Gender: Girl Origin of Paige: English
Religion: Muslim How to pronounce Paige pai-ge What does my name mean? Meaning of Paige: Sweet, Page, Young Child, A Young Attendant, Little Child, Server, Young Servant, The Page, The Word Paidion Which is of the Meaning Little Boy

The name Paige is a unisex given name which is originated from the surname which in turn is derived from Greek paidion meaning "little boy". A famous bearer of the name is Paige Braddock who is a cartoonist and most famous for her Eisner-nominated comic strip, Jane's World, which was the first gay-themed comic work which received online distribution by a national media syndicate in the U.S. Another notable bearer of the name is Paige Bradley who is an American born artist and sculptor and most famous for her sculpture of a woman's figure in a cross-legged position. Paige Michalchuk is also a fictional character name in the Canadian television series Degrassi: The Next Generation.

Paige is a very very popular first name for a girl in England & Wales which is popular since 1996 and ranked 104 in 2014. Around 21817 people wear Paige as their first name. Paige is a very consistent name over the past 18 years.

Expression number of Paige is 11.

Paige have high energy levels, just like a child. Paige are highly sensitive and possess a high sense of awareness. Paige are gifted with a sixth-sense, in addition to discerning and inspiring qualities. 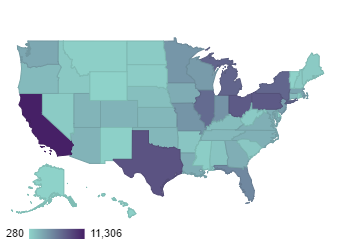