The name Rebecca is originated from Hebrew language which is feminine given name. Rebecca name is derived from verb (rbq) meaning (join, tie, snare). According to the Jones' Dictionary of Old Testament Proper Names and the NOBS Study Bible Name List, the name Rebecca means "captive beauty" or "to tie" or "to bind". In the Hebrew Bible, The matriarch Rebecca is the name of wife of Isaac and the mother of Jacob and Esau. After Protestant Reformation Rebecca is the name that comes in to use as a Christian name. Among the Puritans it was popular in 17th century.

Rebecca was ranked 897 in 2009 US male names list and elevated by 0.77% from its previous ranking of 904 in 2008. Rebecca was ranked 187 in 2015 list of US girls name and dropped by 3.31% from its previous ranking of 181 in 2014. Comes from the Hebrew "ribgah" Signfie "cow, heifer" If Day March 23.. On the first smiling, relaxed,Rebeccaare workaholics. Ambitious, voluntary, passionate,Rebeccamake every effort to ensure their professional success. Rebecca have many friends, but in reality,Rebeccaare independent and lonely women. Rebecca hate routine, never remain in place and conduct several projects at once. Intelligent, diplomats,Rebeccaknow how to ingratiate around them.

Expression number of Rebecca is 1.

Rebecca loves adventure and independence and possess determination and originality. Rebecca generally leads and direct others and likes to establishes their individual identity.

Popularity of Rebecca Updated on: June 26th, 2019
How to choose a name for your baby
Other variants of Rebecca :Rebekka 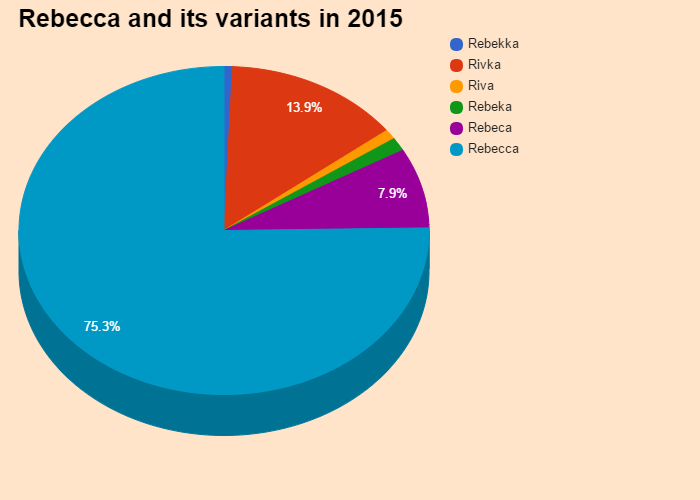 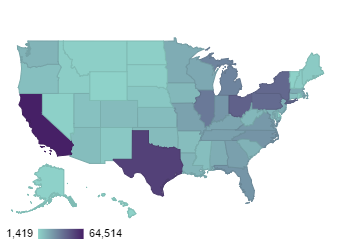