Name: Rebeccah No. of characters: 8 Gender: Girl Origin of Rebeccah: English (Rare)
How to pronounce Rebeccah re-bec-cah, reb-ecc-ah , What does my name mean? Meaning of Rebeccah: One who Snares

Rebeccah is a rare first name for a girl in United States which is a rare name since 1951 and ranked 964 (0.000126% bearer) in 2015 in US. Only 1558 people have Rebeccah as their first name. Rebeccah is not a native United States and Rebeccah may be came from another language or is a short form of some other name. 0.000436% of people in US have this given name.

Expression number of Rebeccah is 9.

Rebeccah are idealistic who embrace the principles of compassion and forgiveness. Rebeccah are visionary who is wiling to make a better world and have the ability to influence masses. Rebeccah are also creative and imaginative that gives them an artistic talent.

The girl name first appeared in 1951 when 6 babies had Rebeccah as their first name, the baby name went as low as 5 in 1957. At peak, Rebeccah was given to 186 (0.010%) girls in 1991 specifically in California where 22 babies were named Rebeccah after continuous rising. After it's 66 years long run and 3 instances of disappearance, Rebeccah is currently rising in the chart. 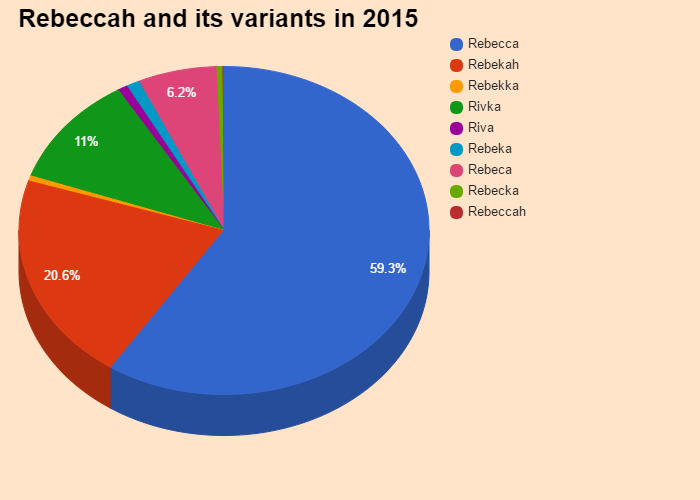 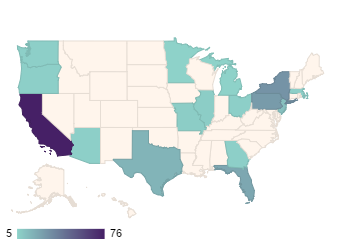