Name: Reena No. of characters: 5 Gender: Girl Origin of Reena: Indian
How to pronounce Reena ree-na What does my name mean? Meaning of Reena: Wolf Counsellor, Wise Protector, Wise Wolf, Gem, Short form of names with "pure" (meaning: the Council), Renate (meaning: the reborn) and Verena (meaning: the shy).

Reena is a rare first name for a girl in England & Wales which is a rare name since 1996 and ranked 3160 in 2014. Only 153 people have Reena as their first name. Reena is a very consistent name over the past 18 years.

Do you like Reena? Other names you would love: Originated from French, Caress that is unexpected name is a baby girl name. New Deetya is used notably in Tamil and Bengali that means "Answer of Prayers or Goddess Lakshmi" used for both boys and girls while Meaning of Geri is Rule or Rules with Spear and a unisex name has its origin in Germanic and Old French. In 1950, frequently used Geri ranked 937 in baby girl names list. K'unerna came from Greenlandic used as a gender-neutral name. K'unerna is amalgamation of K'unâĸ -na and with same -na suffix. Greenland is among the countries where the name is prominent. Reinard is variant form of Reynard. Its origin is in Germanic used for boys.

Expression number of Reena is 7.

Reena likes to research and reason to know the answers of hidden questions as Reena are gifted with an analytical mind. Reena are always on the quest for knowledge and wisdom and loves being alone.

The classic girl name first appeared in 1930 when 5 babies had Reena as their first name, the baby name went as low as 5 in 1945. At peak, Reena was given to 97 (0.005%) girls in 1980 after continuous rising. After it's 87 years long runand 2 instances of disappearance, Reena is currently rising in the chart. 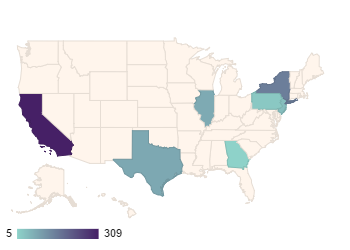