Sana was ranked 702 and came to ranking only once in list of US male names in 1985. Sana was ranked 841 in 2015 list of US girls name and dropped by 0.12% from its previous ranking of 840 in 2014. Name of Arab origin. Means "rise, greatness". Their bad character does not prevent them from being generous. Susceptibility and authoritarianism are sometimes painful to live for the entourage. Sana have an emotional and touchy sensitivity and leaking problems by giving in intense activities. Dynamic, quick, effective and temperaments that are positive. Abhors solitude,Sanaare always surrounded by friends. In love,Sanaare conquering who like to seduce and dominate.

Expression number of Sana is 8.

Sana has the potential to attain power and authority in their life. Sana are skilled and efficient who enjoys rivalries and Sana does not back away from working hard to achieve what they have resolved in their mind 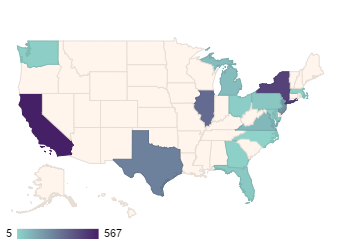