Sanaa is a rare first name for a girl in England & Wales which is a rare name since 1996 and ranked 1562 in 2014. Only 716 people have Sanaa as their first name. Sanaa is a very consistent name over the past 18 years.

You would love these names similar to Sanaa: All time favorite Old English Booker given to both boys and girls which means "Bleacher of Cloth, Binder of Books or Scribe Or Bookbinder". Preeminent in United States. On baby boy chart, widely accepted Booker was spotted at 614th position in 1953. Úkangnâĸ's meaning is The Favourite Space In Front of the Platform used as a baby boy name which is rooted from Greenlandic. Samerias origin is Hebrew, Sameria is resulted from Samara, a girl name with same prefix Sa- while Girl name Charliss that is unusual name. Girl name Yaa that of African-Akan origin. Yaa is version of Yawa.

Expression number of Sanaa is 9.

Sanaa are idealistic who embrace the principles of compassion and forgiveness. Sanaa are visionary who is wiling to make a better world and have the ability to influence masses. Sanaa are also creative and imaginative that gives them an artistic talent.

The girl name first appeared in 1977 when 5 babies had Sanaa as their first name, the baby name went as low as 5 in 1983. At peak in 2006, Sanaa was given to 482 (0.026%) girls after continuous rising specifically in New York where 64 babies were named Sanaa. Sanaa had a 40 years long run and 2 instances of disappearance. 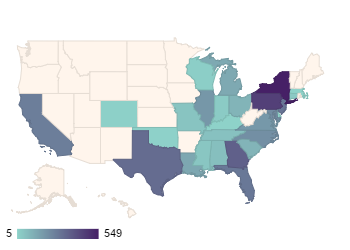