Name: Sarina No. of characters: 6 Gender: Girl Origin of Sarina: English (Modern)
How to pronounce Sarina sa-ri-na What does my name mean? Meaning of Sarina: Princess, Lady, Form of Sarah, One who Laughs, Serene, Tranquil, Peaceful One, Calm, Noblewoman

The name Sarina is originated from serene meaning "calm, peaceful, tranquil" and which in turn is derived from the Latin serenus meaning "clear, calm, exalted". A famous bearer of the name is Sarina Hülsenbeck who is an East German swimmer and famous for winning a gold medal at the 1980 Summer Olympics in Moscow in the women's 4 × 100 m freestyle. Another notable bearer of the name is Sarina Brewer who is an American artist and famous for winning for her avant-garde taxidermy sculpture and her role in the popularization of taxidermy-related contemporary art. Sarina Maskey (born 1987) is also the name of a Nepalese beauty pageant winner.

Sarina is a rare first name for a girl in England & Wales which is a rare name since 1996 and ranked 1367 in 2014. Only 477 people have Sarina as their first name. Sarina is a very consistent name over the past 18 years.

Expression number of Sarina is 8.

Sarina has the potential to attain power and authority in their life. Sarina are skilled and efficient who enjoys rivalries and Sarina does not back away from working hard to achieve what they have resolved in their mind

The classic girl name first appeared in 1913 when 5 babies had Sarina as their first name, the baby name went as low as 5 in 1914. At peak in 1996, Sarina was given to 296 (0.016%) girls after continuous rising specifically in California where 68 babies were named Sarina. Sarina had a 104 years long run and 6 instances of disappearance.

Updated on: January 3rd, 2020
How to choose a name for your baby
Other variants of Sarina :Sara 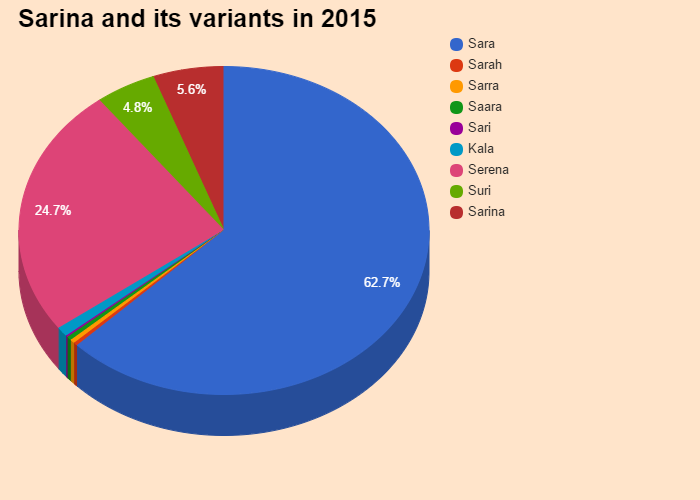 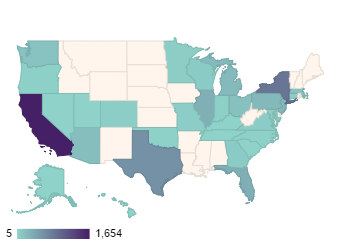