Name: Serena No. of characters: 6 Gender: Girl Origin of Serena: English Italian Late Roman
How to pronounce Serena se-re-na What does my name mean? Meaning of Serena: Joy, Quiet, Peaceful, Serene, Cheerful, The Word Serenus Which is of the Meaning Serene Clear Bright

Baby name Serena is a female given name originated from from serene meaning "calm, peaceful, tranquil" which in turn is from the Latin word serēnus meaning clear, calm, ex-alted". The name was borne by Saint Serena of Rome who was an obscure early saint. The name was also used by Edmund Spenser in his poem 'The Faerie Queene' (1590). A famous bearer of the name is Serena Altschul who is a broadcast journalist and she is known for her work at MTV News and CBS. Another notable bearer of the name is Serena Nanda (born 1938) who is an American author, anthropologist, and professor emeritus. Serena Baldwin is also a character name in General Hospital and Port Charles.

Serena is a very consistent name over the past 18 years.

Other names liked by would be moms that are similar to Serena: Jones means Thanks to God is a gender insensitive name, came from Hebrew. Well-Known in Norway and Finland. On the list of baby boy names, a prevailing Jones ranked 792 in year 1892. Karenza is derivation of Kerensa and a girl name and originated from Cornish. The baby girl name Serafine has its origin in Hebrew and Latin. Serafine is derivative of Seraphina with similar Ser- prefix. Polyxena means Hospitable, originated from Old Greek bestowed upon girls while Baby boy name Barnaby which originated from Hebrew and Aramaic is creative and adventurous name celebrated on June 11th.

Expression number of Serena is 8.

Serena has the potential to attain power and authority in their life. Serena are skilled and efficient who enjoys rivalries and Serena does not back away from working hard to achieve what they have resolved in their mind 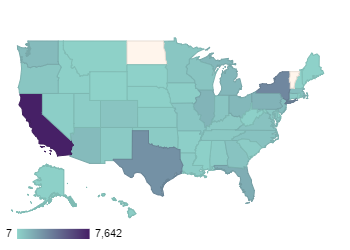