Name: Sirena No. of characters: 6 Gender: Girl Origin of Sirena: Unknown
How to pronounce Sirena si-re-na What does my name mean? Meaning of Sirena: Joy, Quiet, Peaceful, Serene, Cheerful, The Word Serenus Which is of the Meaning Serene Clear Bright

The name Sirena is a female given name which is originated from the Ancient Greek Seirēn meaning "entangler, mermaid". The name was borne in the Philippine mythology by a sea creature. A famous bearer of the name is Sirena Rowe who is a Colombian swimmer. Another notable bearer of the name is Sirena Huang who is an American concert violinist. Sirena Von Boo is also the fictional character name who was the daughter of a ghost (father) and a mermaid (mother) in "Monster High" show and series. Sirena LaVerne Irwin is also the name of an actress and voice actress and notable for voicing Mama Krabs in the episodes "Enemy In-Law" and "Friend or Foe".

Expression number of Sirena is 3.

Sirena are lively, imaginative, enthusiastic and optimistic. Sirena are expressive and inspire others wherever they go. Sirena possess great verbal skills which make them good comedian, artist or writer. 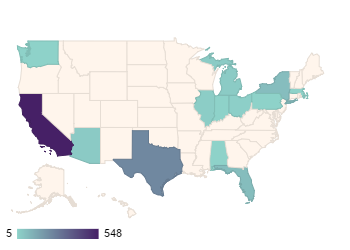