Name: Sonny No. of characters: 5 Gender: Boy Origin of Sonny: English
How to pronounce Sonny so-nny What does my name mean? Meaning of Sonny: A Young Boy, Son, A Nickname and Given Name, Youngster, Like a Bear, English diminutive of the word "son" (meaning: son), Pet form of names with "Sun" (meaning: sun).

Sonny was ranked 668 in 2015 US male names list and elevated by 2.48% from its previous ranking of 685 in 2014. Sonny was ranked 943 in 2015 list of US girls name and dropped by 0.11% from its previous ranking of 942 in 2014. Viel comes from the English "sunne" Means: "the sun" indefinite Day. Yet we know little about their character. However, give them the benefit of the doubt,Sonnyare good company, intelligent, hardworking, honest, full of charm, endearing etc. So many qualities make them regret ever wear this rare and original surname.

Sonny is a very very popular first name for a boy in England & Wales which is popular since 2004 and ranked 95 in 2014. Around 7717 people wear Sonny as their first name. Sonny is a very consistent name over the past 18 years.


This name is derived from the word "Sun" which is the source of heat, energy and all life on our planet. The Anglo-Saxon countries, more flexible and more open than the Latin countries with regard to names, make easy use of surnames to names of places or characters in novels to assign to their children. This is the Sunny cases that means the sun.

Expression number of Sonny is 6.

Sonny have a great affection towards creativity, beauty and domestic activities of life. Sonny are trustworthy, honest and behave responsibly. Sonny have tendency to sacrifice their needs for others'. 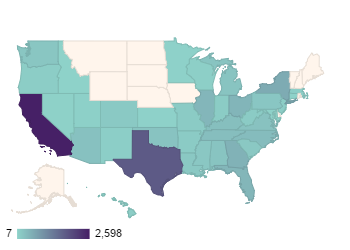