Name: Thedore No. of characters: 7 Gender: Boy Origin of Thedore: Unknown
How to pronounce Thedore the-do-re What does my name mean? Meaning of Thedore: Small and Wise, Old, Ancient, Wise One, River Name, Old River, River of Wisdom

Thedore is a rare first name for a boy in United States which is not even used by anyone since 1986. Only 1132 people have Thedore as their first name. Thedore is not a native United States and Thedore may be came from another language or is a short form of some other name. 0.000317% of people in US have this given name.

Do you like Thedore? Read these names too: Hannelore is compound of HANN LOR and which came from Germanic and German, a baby girl name with same suffix -ore which is also the name of Screenwriter Hannelore. Admired in Finland, Norway and Germany. Baby boy name Yusuf and rooted from Hebrew which means "A Prophets Name, He (God) Will Add or God Would Multiply". On baby boy chart, cherished Yusuf captured 806th position in 2008. Boy name Theobald has its roots in Germanic and Old High German. Its meaning is "Folk, God or Courageous People". Baby girl name Medousah. Its origin is in Old Greek. Medousah is version of Medusa while Baby girl name Casha which is unfamiliar name.

Expression number of Thedore is 3.

Thedore are lively, imaginative, enthusiastic and optimistic. Thedore are expressive and inspire others wherever they go. Thedore possess great verbal skills which make them good comedian, artist or writer.

The classic boy name first appeared in 1902 when 6 babies had Thedore as their first name, the baby name went as low as 5 in 1975. At peak, Thedore was given to 34 boys in 1929 after continuous rising but vanished from the chart after 5 instances of disappearances durning 74 years. 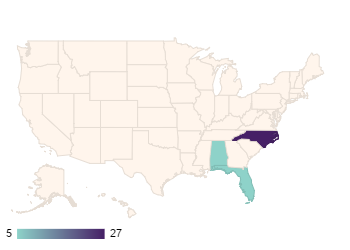