Zahra was ranked 575 in 2015 US female names list and elevated by 14.81% from its previous ranking of 675 in 2014. Name of Arab origin. Means "bright, dazzling". Rough character, are "fonceuses" affecting not give much importance to their love life. This is actually a shell that hides a very high sensitivity. Volunteers, even authoritarian,Zahraare also generous. Unsociable,Zahrahave few friends. Workers,Zahrado spend working life first.

Zahra is a very very popular first name for a girl in England & Wales which is popular since 2006 and ranked 158 in 2014. Around 5096 people wear Zahra as their first name. Zahra is a very consistent name over the past 18 years.

Expression number of Zahra is 9.

Zahra are idealistic who embrace the principles of compassion and forgiveness. Zahra are visionary who is wiling to make a better world and have the ability to influence masses. Zahra are also creative and imaginative that gives them an artistic talent.

The girl name first appeared in 1973 when 8 babies had Zahra as their first name, the baby name went as low as 11 in 1975. At peak, Zahra was given to 452 (0.024%) girls in 2017 specifically in New York where 53 babies were named Zahra after continuous rising. After it's 44 years long run, Zahra is currently rising in the chart. 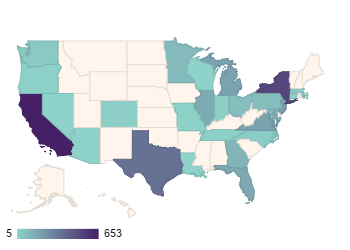