Name: Zoe No. of characters: 3 Gender: Origin of Zoe: Greek
How to pronounce Zoe zoe What does my name mean? Meaning of Zoe: Life

Baby name Zoe is of Greek origin and derived from the word zōē meaning "life, existence". It was used by Hellenized Jews as a translation of Biblical Hebrew Hava/Eve. The name was borne by two early Christian saints, among them one was martyred under Emperor Hadrian and the other was martyred under Diocletian. A famous bearer of the name is Zoe Akins (1886-1958) who is a Pulitzer Prize winning playwright, poet and author. Another notable bearer of the name is Zöe Lucker (born 1974) who is an English actress and best known for playing the role of Tanya Turner on ITV's Footballers' Wives. This is also a character name in the series Monarch of the Glen.

Zoe is a very very popular first name for a girl in England & Wales which is popular since 1996 and ranked 99 in 2014. Around 18673 people wear Zoe as their first name. Zoe is a very consistent name over the past 18 years.

Expression number of Zoe is 1.

Zoe loves adventure and independence and possess determination and originality. Zoe generally leads and direct others and likes to establishes their individual identity.

Names that rhyme with Zoé Joé, SiloéFamous people named Zoé
Zoé Chauveau is noted for her acting in movie Les filles de Grenoble
Names like Zoé Zoé Namesakes Related Names: Zoa, Zoann, Zoanne, Zoé, Zoélie, Zoël, Zoëlie, Zoëline, Zoëlla, Zoëlle Posts having Zoe:
The A to Z of 2016s Top Girls Names
Louisiana Baby Names
20 Spartan Baby Names
12 Baby name trends for 2020
Comments :Zoe ( ancient Greek ζωή ; latin vita ) is a female name which means life in Greek, specifically "the simple fact of life, which is all living things in common" (ie plants, animals, humans and gods). The aliveness to be founded on a soul. Inanimate things have accordingly no soul. The term zoe, in the sense of physical life, all the Kosmos spread. The Stoics man the zoe must however kata physin (identical to the term eu zen ) reached with the help of their own reason. Originally, the name was used in the Eastern Church. It spread in Western Europe at the xix th century . Nowadays, it is very common in the UK and France. During the xix th century and the beginning of the xx th , this name was given to men so freely. Since the 2000s, it is becoming increasingly common in Europe. Versions of the name : Zoë, Zoey, Ζωή (Zoi), Zoja, Zoée, Zoéline. - Estela Dimas 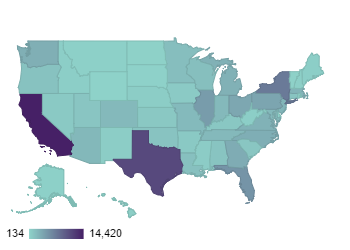