Name: Aappar No. of characters: 6 Gender: Boy Used in: Finnish How to pronounce Aappar aa-ppar What does my name mean?

Baby name Aappar is Finnish diminutive of Biblical name Abram prevalent among English speaking countries owing to its Biblical association. Abram was one of the early patriarchs in Hebrew Bible. His name was later changed to Abraham by the God after making a convenant with him. He is the founder of Hebrews and Arabs through his two sons. Abram consists of Hebrew elements ab signifying "father" and rum signifying "to be elevated" meaning "exalted father or high father" as a whole. Aappar is not a commonly used variant of Abram, if you are looking for a name for your baby you should pick from other baby names stemmed out of Abram. 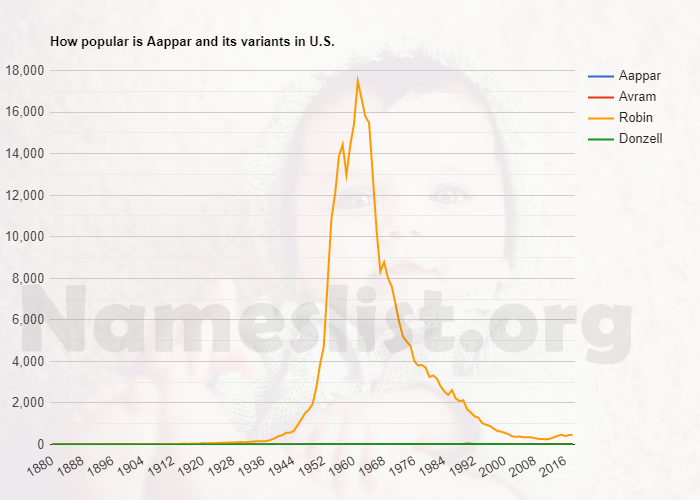 Over the years, baby name Aappar has vanished and no recent official record supporting it's usage in Nordic countries have been found.

Rearrangement of the letters in baby name Aappar gives name Appara mostly used in Marathi and Hindi which means Knowledge. Both of the names are unique too!

How to choose a name for your baby
Get the meaning of Aappar, all baby names list, Know what does Aappar means in english, what is the meaning of name Aappar?
This website serves as the extended english baby names book which will help in naming your child. Share your opinion on Aappar