Do you like Amadej? You would love these names: Tadej is version of Thaddeus. Its origin is in Aramaic bestowed upon baby boys. Amada's meaning is Gracious that of Latin origin used as a girl name with same prefix Ama-. Kadea is form of Kade. It is rooted from English-American used for baby boys. Modernistic moms may find the anomalous name Kaltrina appealing and came from Albanian used for baby girls while Horace has its origin in Etrusk and Egyptian used for both genders meaning "Egyptian Deity, Third or Time Keeper" Poet Horace is noteworthy namesake. The name is pretty Popular in UK and United States. On baby boy names chart, outstanding Horace elevated to 314th position in 1955. 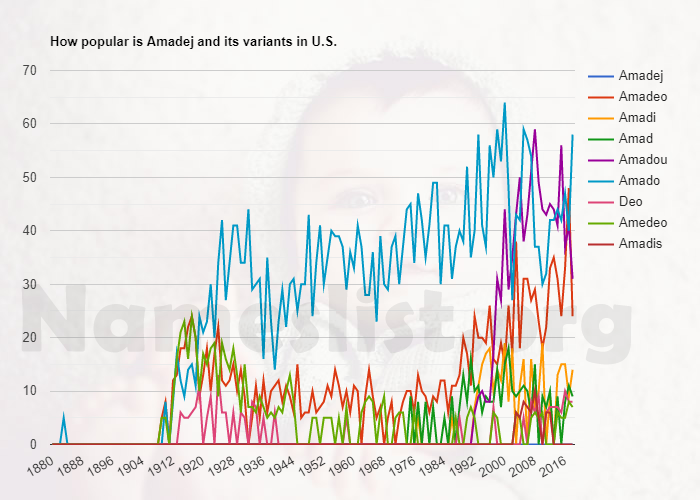 On shuffling letters of name Amadej properly we get name Damaje given in English that means Mossy Place. Both falls under rare names category.